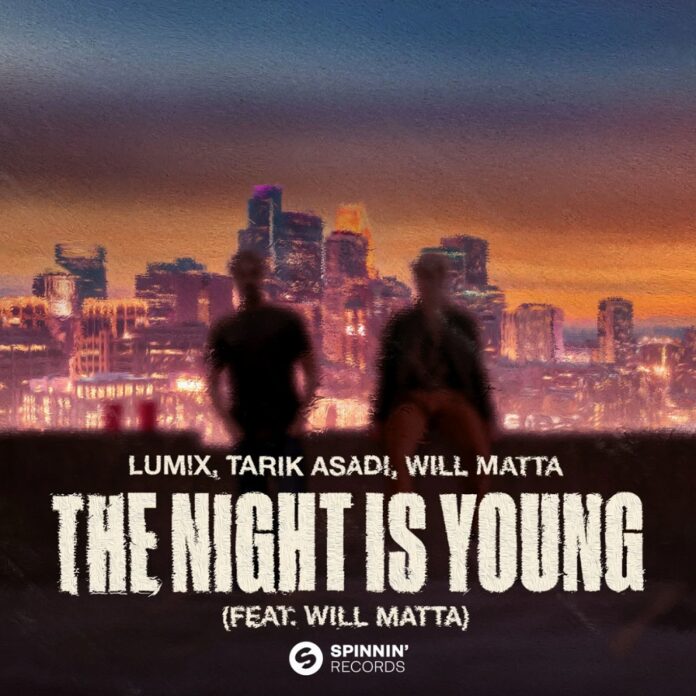 In a wave of exuberant progressive euphoria, worldwide acclaimed hit producer LUM!X teams up with German artist Tarik Asadi and singer-songwriter Will Matta for the powerful anthem “The Night Is Young.” Driven by warm vocals, huge drops and outstanding chord progressions, it’s a song that’s sure to become a festival banger this season, containing the key elements of LUM!X’ incomparable style, making us live that youthfulness and carelessness whenever we listen to his music. Join these guys in the night, as their collab now drops on Spinnin’ Records.

One of dance music’s newest legends, Austrian DJ/producer LUM!X has lit international dance floors with a series of festival hits recently. From his highly acclaimed Gabry Ponte collabs “Thunder” and “Monster” to his latest hit “Where Do We Go,” alongside DVBSS, his music almost instantly racks up tens of millions of streams. In the meantime, his live shows have proven to be peaktime festival moments, while he also reached another huge milestone this year representing Austria on the Eurovision Song Festival with “Halo.”

Now, his newest effort is here, seeing him join forces with German hot shot Tarik Asadi. Relatively new to the scene, his first releases already scored him over a million streams on Spotify alone. Adding various shows in Germany, Austria and Italy to his resume, Asadi’s star is shining brighter every day – seeing every new effort received with much anticipation.

Added to the bill for this release is Will Matta, renowned singer-songwriter who’s written several hit tunes already, including his 2020 claim to fame pop song “Human Inside” and last year’s festival favorite “Adrenaline” by Kattison.

Joined in a fresh teamup, these guys deliver something magical with “The Night Is Young.” Instantly brought to life by tender piano chords and Will Matta’s touching vocals, the song builds towards a vivacious chorus, announced by auspicious lyrics, saying ‘the best is yet to come.’

Ignited by a raving beat, it’s euphoria to the fullest, emphasized by searing, progressive styled synths and mesmerizing backing vocals. With this drop, you surely get an anthem for the masses, bearing in mind the liveliness and excitement of a collective climax.  “The Night Is Young” resembles that exact moment of unified bliss, when brilliant songwriting and powerful electronics melt together – making you eager to keep the fire burning til dawn.