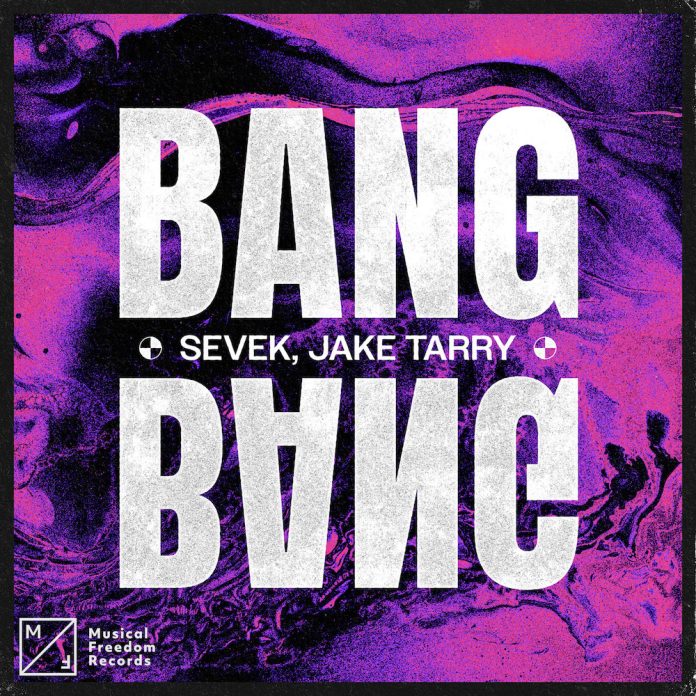 Fresh off his breakthrough hit “Move Your Body,” Brazilian youngster Sevek returns to Musical Freedom with a powerful re-invention of the all-time classic, “Bang Bang.” Teaming up for this one with Amsterdam tastemaker Jake Tarry, the sizzlin’ new record combines the famous guitar chords and instantly recognizable vocals with thrilling crescendos and fierce rolling beats, revamping the song into a straightforward 2022 crowd-pleaser.

Sevek counts as one of the big promises of contemporary electronic music. Following a series of clubbing delights, his stirring house sound reached a climax earlier this year when he released “Move Your Body”, a collab with fellow Brazilian artist Öwnboss. Receiving massive DJ support, millions of streams and various remixes, including a powerful edit by Tiësto, the song paved the way for more striking productions.

“Bang Bang” proves the point, seeing Sevek team up with UK born, Amsterdam based DJ/producer Jake Tarry, a true rising star when it comes to dropping upwinding club house tunes with colorful elements of funk and soul.. His 2020 Joe Stone collab “Only You” is still ringing many heads, while last year’s hot blooded hits “Always On My Mind” and “Only You” further cemented Tarry as a musical force to be reckoned with.

Together, Sevek & Jake Tarry step into some mighty footsteps with this song. Originally recorded by Cher in the 60’s, “Bang Bang (My Baby Shot Me Down)” was made famous by Nancy Sinatra, followed by countless covers and sampling throughout the years, including the famous dance interpretation by Audio Bullys, a huge hit in 2005.

It’s exactly this fresh, updated sound the song needed to stir today’s festival crowds right back into a frenzy. “Bang Bang” counts as an evergreen; a classic that appeals to any new generation of music lovers. In this raw, beat driven guise it’s bound to spark a fire once more, courtesy of two brand new tastemakers in the electronic scene.