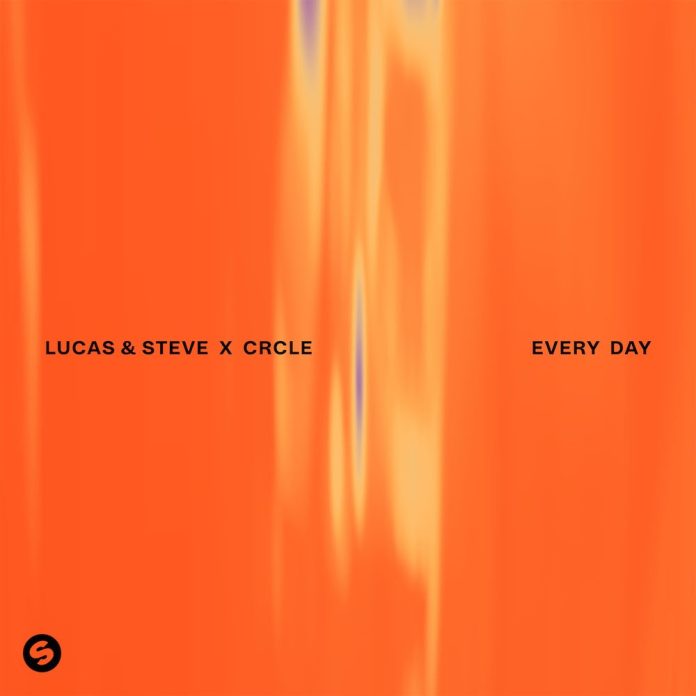 Dutch tastemakers Lucas & Steve have done it again, this time teaming up with CRCLE for the indomitable club single, “Every Day.” The new release is being billed as a followup to Lucas & Steve’s illustrious 2021 hit “No Diggity,” perfectly walking the line between the dancefloor and the charts with an undeniable hook and equally enticing beat. Having already sunk its teeth into festival and clubbing sets worldwide, “Every Day’ is soon hitting the streets– out via the infamous Spinnin’ Records.

The new release continues Lucas & Steve’s piping hot summer agenda, cementing their reputation as two of dance music’s most reliable hitmakers with their latest uplifting beat. While recent releases like “Summer Love” and “Feel My Love” have been primed for the festival stages around the world, “Every Day” manages to be a touch more modest while still carrying all of the replayability that Lucas & Steve releases are known for. Lucas & Steve have been on a sonic hot streak in recent years, unleashing rafter-shaking collabs alongside the likes of Tiesto (for “Oohla Oohla), Galantis (with “Alien), as well as Afrojack & Dubvision (in “Anywhere With You). Their latest effort, “Every Day” sees the Dutch duo continue to climb the stairs of success, further developing their sonic brand along the way.

Coming around the bend, NYC based artist/producer/multi-instrumentalist, CRCLE, (aka Uri Illuz) is no stranger to the world of dance music, having produced for and alongside many of the industry’s top talents, including a striking remix of Vintage Culture & Adam K’s “Deep Inside of Me” (Ft. MKLA).. CRCLE showcases Illuz’s rich, house music and techno roots; pairing funky, bass heavy tunes, with addictive hooks designed to get any party started. Originally a student of Jazz guitar, Uri started his electronic music journey at the age of 13 and never looked back. From the start, his productions attracted attention from leading dance labels across the world and he quickly accomplished milestones that all producers dream of.

See also  REZZ RELEASES NEW TRACK “SWEET DREAMS (ARE MADE OF THIS)” WITH fknsyd !

“Every Day” makes for the perfect pairing of these two surging acts, with Lucas & Steve’s forward thinking clubbing style and CRCLE’s polished production energy. So nice you’re bound to play it twice, “Every Day” is well on its way to becoming one of 2022’s hottest hits. From radio charts and playlists to clubs and festival takeovers, the new single from Lucas & Steve and CRCLE is the perfect soundtrack to start your day–”Every Day!”