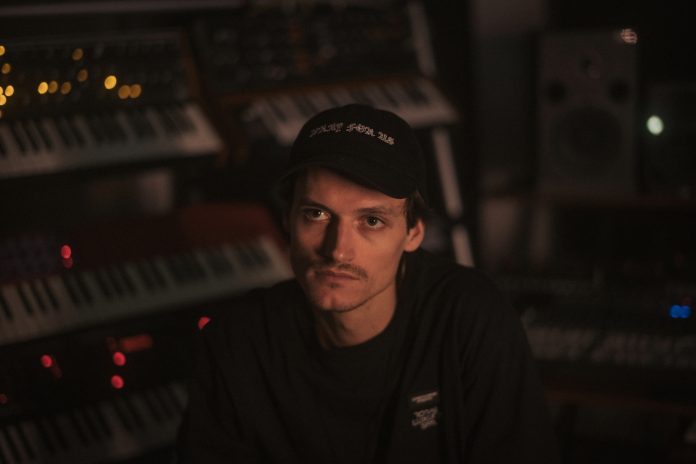 One of the most dynamic, creative artists in electronic music today, the determination and artistic vision that drives Innellea truly is a sight to behold. Following the global success of his Distorted Youth EP back in February, the inexhaustible German producer and creative visionary now continues his triumphant run of form with the release of his latest musical opus, Transhumanism EP.

Featuring three stunning Innellea originals that explore some of the finest interpretations of futuristic techno and innovative electronica, Transhumanism is another extraordinary showcase in cutting-edge electronic music from the German producer, whose career has been scattered with countless standout releases on the likes of Innervisions, Afterlife and Diynamic to name just a few.

The first cut, Concrete Jungle, is a tried and tested dancefoor weapon. First released as an eagerly-awaited standalone single back in June – following hefty live support from the likes of Innellea, Solomun and Tale of Us, amongst others – the majestic, five-minute cut sees Innellea breathe a thrashing midnight energy into proceedings, as he delivers a mesmerizing web of industrial instrumentation, distorted vocoders and menacing production techniques.

Next up is the inimitable False Reality– a much mellower record, but one that still manages to showcase Innellea’s innate ability to inject raw feeling into his softer compositions. A complex, emotionally charged delivery underpinned by elongated chord progressions, ethereal samples and pulsating broken beats, Innellea really tells a story with this production as he provides the perfect bridge between Concete Jungle and the impending finale.

Last, but by no means least, Innellea delivers the all-important title track Transhumanism. Returning to more familiar four-to-the-floor rhythms and his trademark post-apocalyptic timbres, Innellea’s unique combination of Eastern sound pallettes and distorted club music shines front and centre as he pulls out all the stops to close out the extended player with another grandiose, blockbuster hit.

Innellea’s three-part Transhumanism EP is out now. The EP is released alongside an exclusive Transhumanism NFT and a series of Face Filter artworks,  which have been created together with esteemed art director and media designer, Alexander Trattler.