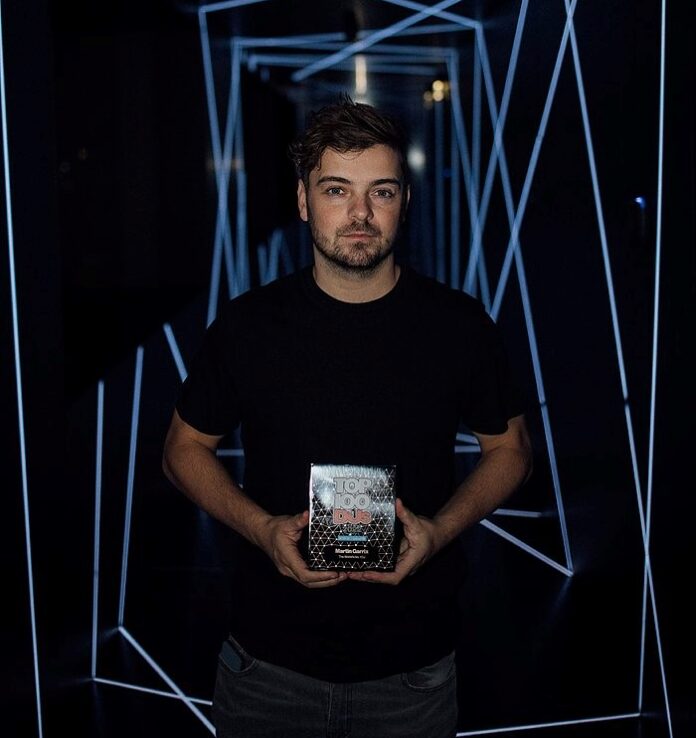 Martin Garrix has been voted The World’s No.1 DJ in DJ Mag’s Top 100 DJs poll 2022. The Dutch DJ and producer marked the occasion in historic fashion as he became the first artist to DJ from the top of the iconic Empire State Building, as the centerpiece of a reimagined Top 100 DJs Awards Show broadcast. It’s the fourth time Garrix has claimed the No.1 DJ title.

“I’m very grateful for everyone taking the time to vote. Being back at number 1 again feels very surreal, and I’ll never ever take your support for granted. Thank you.

I hope you all enjoy the stream we recorded. Playing my music on top of one of the most iconic buildings in the world was very special. Music has brought me to many crazy places, but this is definitely high up there.”

An artist who transcends dance music, Garrix has collaborated with Dua Lipa, Usher, and Bono and The Edge from U2 in addition to showcasing his own productions and those from his label STMPD RCRDS at festivals and clubs across the planet. More than 1.3 million people, from 234 different countries, voted in this year’s poll, cementing its place as the largest publicly voted music poll in the world.

The Top 100 DJs awards were presented during a broadcast show, hosted by BBC Radio One DJ Arielle Free and anchored from The World’s No.1, Club Hï Ibiza. The global show featured performances from six award-winning DJs shot across four different continents. The three-hour event climaxed with Martin Garrix’s historic performance from the outdoor observatory at the top of the Empire State Building.

More than 1.3 million people, from 234 different countries, voted in this year’s poll cementing its place as the largest publicly voted music poll in the world. With Martin Garrix at No.1 and David Guetta at No.2, Belgian brothers Dimitri Vegas & Like Mike rose back to No.3, retaining their position as the highest DJ group in the chart. Brazilian bass phenomenon ALOK is at No.4, the highest Latin American DJ, and Steve Aoki is up three places to No.7 as the highest North American DJ in the poll.

The same 10 DJs are in the top 10 as 2021, with Timmy Trumpet up one place while remaining Australasia’s highest DJ, and Don Diablo claiming the Highest Future House DJ award despite falling two places. The ever-consistent Afrojack is a non-mover at No.6, and Oliver Heldens remains in the top 10, despite also tumbling two places. Half of the top 10 are Dutch, illustrating the dominance of the Netherlands on the global EDM scene.

In the chasing pack, Brazilian house music party-starter Vintage Culture is knocking on the door at No.11, up a healthy six places, making him The World’s No.1 House DJ, while the World’s No.1 Techno DJ — Charlotte de Witte — is up nine places to No.14 and must surely be a contender to break the stranglehold that male DJs have had on the top 10 places in recent years. The Belgian DJ/producer has had another huge year, as has the second highest techno DJ — Carl Cox — who is up a healthy five places. Also in the top 20, Calvin Harris, Tiësto and Fedde Le Grand are all non-movers, while Alan Walker is back in the top 20 at No.17 — up five places. Nicky Romero is also back in the top 20 for the first time in a number of years — the Dutchman is up six places.

Outside of the EDM world, Peggy Gou is up 14 places to No.24, and GORDO is up 12 places to No.25. After a highly successful Ibiza season with his Paradise parties at Amnesia, Jamie Jones is one of the highest climbers — up 18 to No.32 — while the actual highest climber is Black Coffee, who helmed the Saturday night at Hï Ibiza for the whole of the 2022 season and is rewarded by climbing 29 places to No.39.

There are six re-entries into the chart this year, most notably former winner Hardwell who came back into the fold with a triumphant set at Ultra Music Festival in Miami in March and a number of other huge shows after four years off. Italian techno star Deborah De Luca is back into the chart, as are Swedish House Mafia after further headline shows this year. Lucas & Steve, Solomun and Jay Hardway are also back in the chart now, having all dropped out in recent years.

Reinier Zonneveld is the highest new entry in 2022’s poll, placing at No.49.The Filth On Acid boss is streets ahead of the next highest new entry, former Geordie Shore star Joel Corry, who is now the fifth highest UK DJ act in the chart. Other new entries include Honey Dijon, Dubdogz, Maya Jane Coles, and The  Martinez Brothers, who squeeze in at No.100.