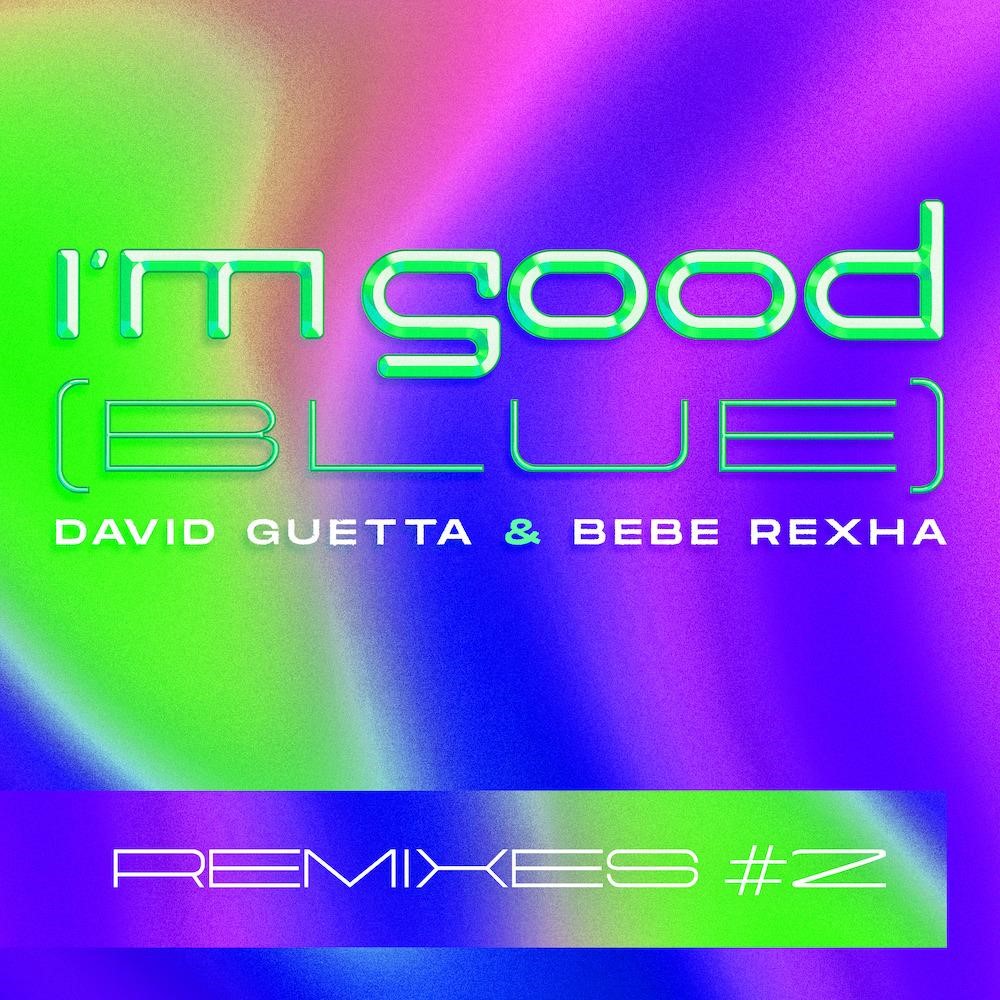 Some of the biggest names in dance music have contributed to a second remix package for the David Guetta and Bebe Rexha #1 hit ‘I’m Good (Blue)’, out 28th October.

The six-track release features remixes from dance titans Oliver Heldens and R3HAB, Italian artist Gabry Ponte, Spinnin’ Records’ HEADER, Guetta collaborator Ralph Wegner, and a ‘Waterfalled’ version of the original. It follows a recent collection of remixes from the likes of Tiësto, Cedric Gervais, Brooks and DJs From Mars.

The global smash original has reached #1 on the UK Singles chart, #2 on Global Spotify, #1 on Spotify UK, #1 on Apple UK, #1 on Amazon Music UK, #2 on UK Shazam, #3 on Global Shazam, as well as #1 in 15 territories including Australia, Denmark, Switzerland, Norway and Finland. With 400 million combined global streams and counting, the sound also has over 250,000 TikTok creations.

Guetta has skyrocketed to #4 most streamed artist on Spotify globally,with over 35 billion global streams and selling over 50 million records worldwide. In his career has been voted the world’s best DJ in the coveted DJ Mag ‘Top 100’ poll, and is one of the most successful streamed artists, reaching top position across I-Tunes charts over 113 countries and achieving over 24 million global Spotify followers.

The only DJ to have two residencies in Ibiza this season, Guetta’s legendary ‘F*** Me I’m Famous’ party at Ushuaïa featured special guest appearances from stars including Ed Sheeran. The closing party was streamed live on TikTok, attracting over 600,000 unique viewers and becoming the biggest ever TikTok LIVE by a DJ. His Future Rave residency with MORTEN at Hï saw a mammoth closing party ​​line-up featuring ARTBAT, Morten, Arielle Free, Idris Elba, Bjones, Guy Williams, Lulah and Demi.