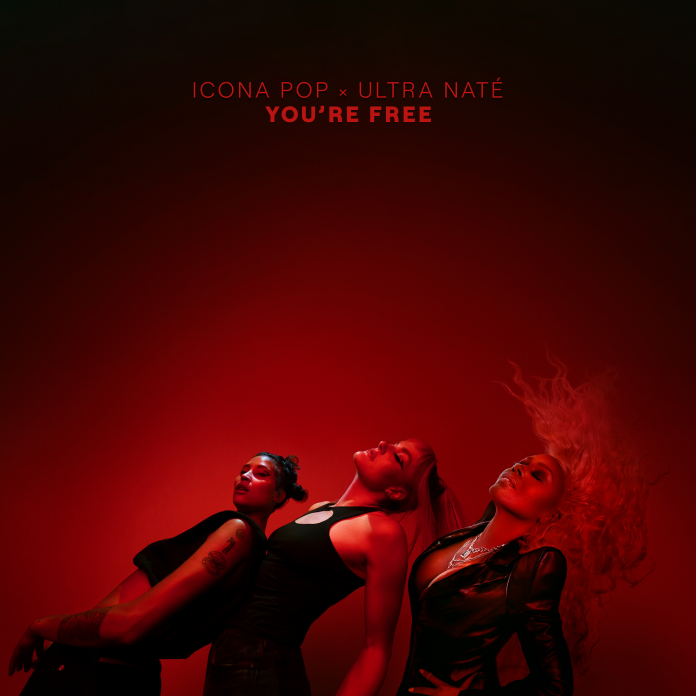 It’s an all-time classic, a dance floor anthem, and a call to arms that still resonates across multiple sectors of our society. Ultra Naté’s‘ Free’ was a global chart-topping sensation upon its original release back in 1997 and now 25 years later, the track has been given aglow-up in collaboration with Swedish duo Icona Pop.

The re-working, which sees the pair collaborate on vocals with Ultra, gives the original a brand-new sonic narrative and bass breakdown while revisiting the vocals with a reverence. Ultra and Icona Pop carry an irrepressible air of defiance and determination that made the entire world fall in love with ‘Free’ a quarter of a century ago and the 2kstormer‘I Love It’ ft. Charli XCX which celebrates its 10th Anniversary.

Released on June17thvia Ultra Records, ‘You’re Free’ is primed for airwaves and playlists and perfect for international Prides, Black Music Month and general feeling oneself. Dowhat you want todo!

Ultra explains, ”I’m so excited about this collaboration with Icona Pop and the reimagining of my classic, “Free” during i’s 25th Anniversary. I feel like what has come together here is so special and made fort his moment. “You’re Free” really is the kind of interpretation I had hoped for. To introduce the song to a next generation of clubbers in a way that is not framed as nostalgia, but as very now. It’s so important to find a way to bridge the gap when working with such a highly identifiable, classic record-and believe me many have tried over the years.”

“When I first received the demo to hear the concept and where the production was going, I immediately felt good about it. I love the new parts, the energy, and Aino and Caroline’s distinct singing style. It all feels like a big party with a lot of in-your-face attitude and I’m here for all of that!”

Speaking about the collaboration, Icona Pop reveal, “We’ve always loved Ultra Naté’s original ‘Free’, and used to play it in the clubs as DJs in Stockholm, even before we started Icona Pop! It is the ultimate expression of what we want Icona Pop to represent; freedom to be whoever you want to be, live life to the fullest, and have fun. At first it was intimidating when we started to play around with the idea of making a new version, but it felt natural and really came together when Ultra Naté said she wanted to collaborate on our version, we are beyond honored. Ultra Naté is such a legend and this song is a classic. We hope that we have done it justice.“

You can stream or download “You’re Free” here: https://ffm.to/ipun-yf