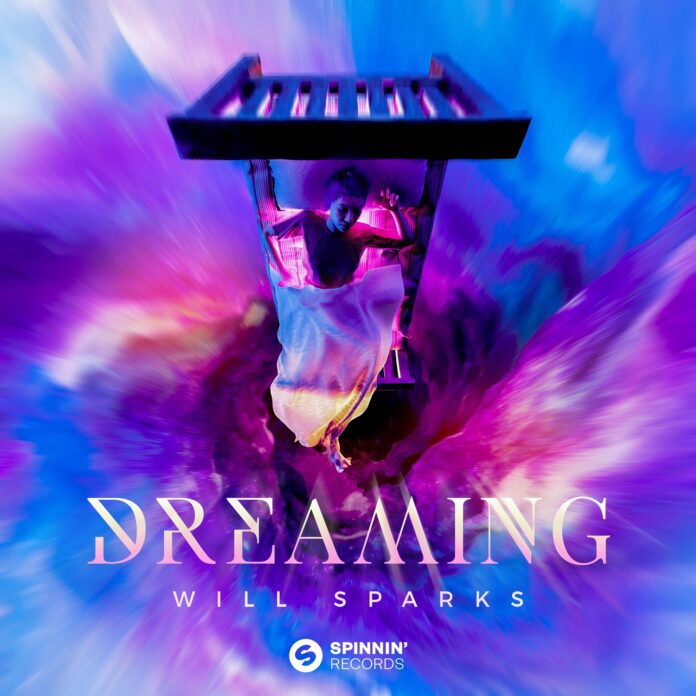 Will Sparks continues to capitalize on his adrenalizing prowess with the release of his latest single “Dreaming,” out via Spinnin’ Records!

In “Dreaming” Will Sparks flips the traditional concept of a rave anthem on its head. Combining pounding kicks, acid overtones, and expansive synths, the new release is an absolute dancefloor dominator from start to finish.  Whether you’re swerving alone under flashing strobes or surrounded by thousands of fellow partygoers, “Dreaming” is exhilaration in its purest sonic form. The strength of Sparks’ latest release will come as no surprise to fans of the Australian mainstay, as he’s steadily built his reputation on artistic electronic visions and truly unapologetic beats.

Engrossing from the outset with a magnetic beat and resounding vocals, Will Sparks delivers a hypersonic arrangement of enigmatic sounds, powerful enough to simulate an intimate afterparty for each and every listener. Built from trance-inducing basslines and velocious kicks, this spellbinding performance is bound to dominate dancefloors.

One night I was dreaming that I was dancing, so I woke up and made this” – Will Sparks

Will Sparks is an Australian-based DJ and producer that has left a notable imprint on electronic music with his intoxicating sounds since entering the scene in 2012. Over the last decade, Will Sparks has toured all over the world, closed out some of the hottest festivals, and was even named the #1 Australian DJ in 2014; but he’s far from finished with what he’s started.

The ‘Melbourne Bounce’ pioneer has made an epic comeback during the pandemic with a contemporary outlook on electronic music, following his vast catalog of techno, psytrance, house and hardstyle built along his artist journey. Now focusing on a deeper and darker exploration of his craft, Will Sparks continues to keep fans on their toes by incessantly evolving his signature heavy-hitting beats.