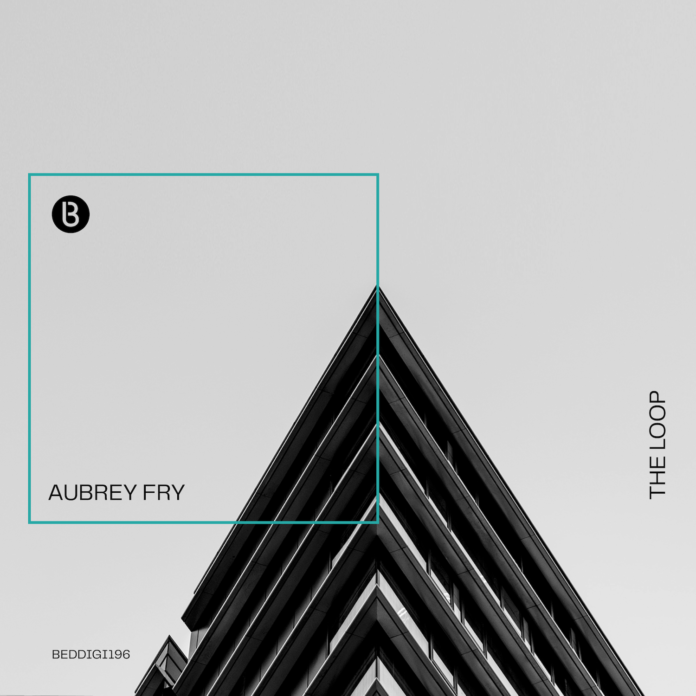 The eclectic tastes of Aubrey Fry span through the electronic music spectrum. Following the widespread international success of his Dystopia EP on Bedrock back in May 2021, the burgeoning British producer and DJ now returns to the esteemed UK imprint with his second solo release, The Loop.

Out now via Bedrock – and with huge industry support already in from the likes of Laurent Garnier, Dave Clark, Sasha and John Digweed – Aubrey shares two versions of The Loop. The euphoric explorations of the original mix bring a beatless arrangement with a dazzling array of expressive synth work and stunning melodic writing, while the ‘Extra-Vaganza AF’ mix takes things deeper, with a driving drum groove and darker sonic explorations for those magical late-night moments.

“I wrote the bare bones of The Loop in a day. From a compositional standpoint, the idea was to use a single loop of music to create a track. I spent some time on crafting the performance of the track and making the flow of the sound work over time into a looped arrangement. It’s not something I’d normally do, but I sent it to a couple of friends before I’d started adding drums – just the bare bones arrangement. One of them immediately left me a message and suggested I do a beatless mix, as it was already sounding amazing. I think I must have known this deep down as I wouldn’t have sent it out like that otherwise, so I decided to be bold and keep the original track beatless.” – Aubrey Fry

It isn’t uncommon for people to take a break from dance music and make a subsequent comeback, but not many people take a 15-year break in the Welsh wilderness then sign all five of their first completed productions to a label as prestigious as Bedrock. Up steps Aubrey Fry who has done just that, following the purplest of pandemic production patches during which time all other pursuits had to be put on hold.

First came inclusion on John Digweed’s gargantuan 2021 Bedrock mix compilation sequel, Quattro II, with the track Hard featuring alongside contributions from luminaries including Robbert Babicz, Josh Wink, Darren Emmerson, Bushwacka!, Miles Atmospheric, and Quivver. This was shortly followed by his first solo release for the label in May 2021 with the 4-track Dystopia EP, featuring the tracks Nature, Tyrant, Topaz and Dystopia; the EP successfully showing off the contrasting sides of Aubrey’s productions, with elements of breaks, techno, and electronica juxtaposed to great effect for audiophile listeners and dancefloors alike.