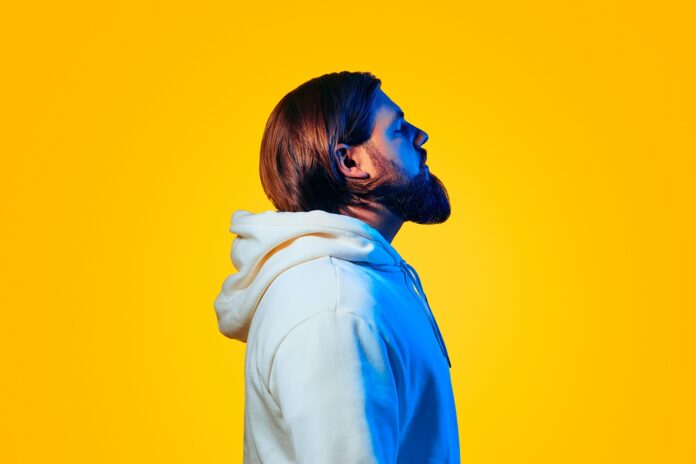 German producer CYMO has been setting our world on fire lately with singles ‘Jetlag’ and ‘Game Over’. The electrifying producer also opened us up to the potentials of releasing on new NFT-based platform biddz, a brand new way for producers to raise funds for new projects by releasing royalties from existing tracks. It’s a brave new world and CYMO is at the head of it. EDM Nations sat down with Simon Adrian to find out more…

Hi Cymo. For our readers who may not know who you are yet, please tell us a bit about yourself, where are you from, what kind of music you make…

I am a Frankfurt-based producer and songwriter and over the past few years, I had credits on over 180 releases and 10 albums, seven of which made it into the Top 30 on the German charts, three of those hitting the ultimate #1 spot. I am working with artists and writers across multiple different genres.

You are placing your new single ‘Jetlag’ on a new platform called ‘biddz’. Can you explain biddz to us, who know nothing about it, how does it work?

For me as an independent musician, it is often difficult to get the necessary attention for my releases. This also has to do with the placements in playlists on streaming services. My manager and I wanted to try something new. I also have an extreme affinity for new technologies and have been interested in cryptocurrencies, blockchain, NFTs and Metaverse for a long time. When we found out about biddz.io, we didn’t have to think twice and joined the great team of this platform.
How does it work: Fans are able to buy biddz(song shares) for a song. Each single biddz is one ten-thousandth (or 0.01%) of the song’s master rights royalties generated on digital streaming platforms. Those who did buy biddz are then given an official digital biddzCard which makes the purchase official and can be shared across social media to help promote the upcoming single release and which can be transferred in any Solana wallet.
When the song is released, fans will then start to receive regular royalty payments from the single, the same way anyone with master rights would. The more successful the single is, the more royalties fans receive. biddz owners can track the progress of the song via their online biddz dashboard, keeping an eye on the single’s movement across the DSPs, even jumping on socials to give the single an extra push if they feel it warrants it. It’s a unique, new way of involving the most important people in the music industry – the fans.

What are you expecting the reaction to be like from your fans?

On april 1st, fans were able buy biddz for my single Jetlag. I expected to hopefully sell out over the course of the next few days. However, not even half an hour after hitting launch, the entire collection of biddz has been snapped up by my fans. This insane run was actually more than I ever expected.

Are you into the whole NFT thing? Do you own any NFTs of your own? What is your opinion on NFTs?

I have been dealing with this topic for a while and I’m really fascinated by it. Unfortunately, I wasn’t able to get an NFT (apart from my own of course), as I have not yet been whitelisted for the sales I was interested in. I’m definitely hanging out on the relevant platforms, reading a lot about it and I own a wallet.
So yeah, I think NFTs are great. Just imagine, when artists are able to sell their music and can be compensated directly and more fairly. If an NFT owner decides in the future to resell the NFT, the original creator (artist, producer, songwriter) can automatically receive royalties – and this process can continue each time the NFT is sold.

Tell us about your new single Jetlag…

When we sat down to write Jetlag, my co-writer and vocalist Tyler had just flown into Frankfurt from the USA. It didn’t take long for us to take that feeling and use it to write this song. Falling in love can feel a lot like having jetlag – you loose all sense of time, judgement and balance, making every moment more confusing and intense than normal.

Apart from producing, I spend a lot of time on songwriting – not only for my project, but also for other artists.
To give an example, I just released a few weeks ago not only my own single Game Over, but also 2 songs I co-wrote: Madonna by HUGEL and The Spell remains by Scooter.
I really enjoy all sides of music. I like being a producer and a songwriter, but I also like to be an artist.
A few weeks ago, I’ve been writing songs with Sandro Cavazza (Avicii, Kygo), Sophie Simmons, Robin Stjernberg (Robin Schulz, Dennis Lloyd), Gustav Nyström (ALMA, Rehab) and Kristin Carpenter (Alan Walker, Shy Martin). I’ve been working on great new songs for a few months, which are all going to be released this year.

Where do you get creative inspiration from for your music?

I listen to a lot of music, I love watching all kinds of series and documentaries, and I get inspired by people and their stories. That’s how Jetlag happened. Tyler just arrived from the USA, was jetlagged, and we wrote a song about it.

How active have you been touring as a DJ? Can we expect to see you at any festivals or clubs over the summer months?

I was on the road a few years ago as a tour DJ with a German pop artist and we played a lot of concerts and festivals together. I really enjoy being on stage, but I’m currently thinking a lot about how I want to perform my songs live. I’m thinking more about the concept of live concerts with musicians and singers, less about DJ gigs. Until I’m not 100% sure how I want to perform live, there won’t be any live gigs. 🙂 But I’m on it and I can’t wait to party with my fans!

What do you like to do outside of music?

I love to cook and go sailing as often as I can.

Please tell us one strange fact about Cymo…

A lot of people don’t know how to pronounce my artist name and some of them say that I look like Thor. 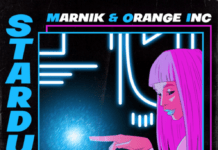 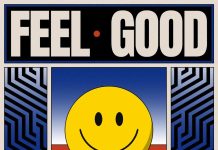