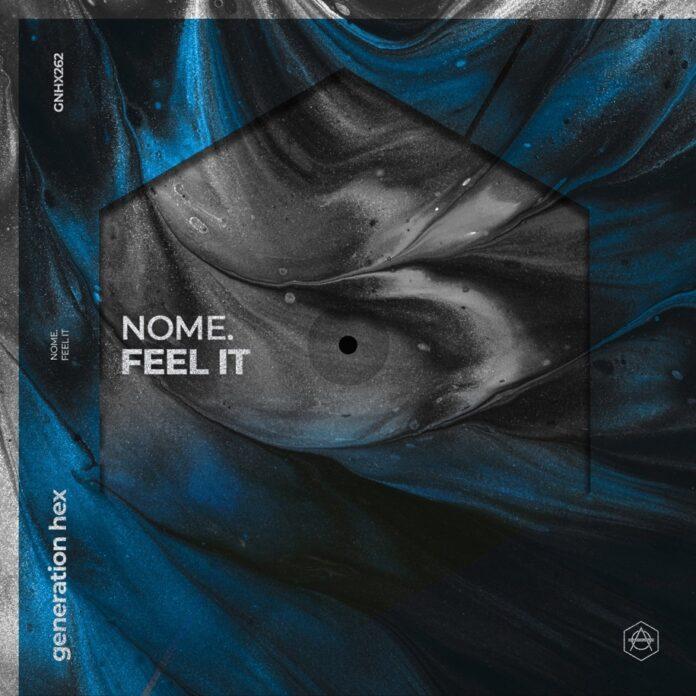 The creative and talented producer NOME. debuts on Don Diablo’s Generation Hex with his house song called ‘Feel It’. Apart from being widely known for his live sets, the aspiring world-class artist brings dynamic productions to the table. ‘Feel It’ is just that, an extremely moving club hit, that is certainly essential for any live set this year.

Next to his already impressive catalogue of own productions, NOME. also knows how to rock the dancefloor with his unique sets. His energetic mixing and choice of tracks already got him touring in Asia in 2019 & 2020. Doing a live set on the legendary Euromast in Rotterdam in collaboration with 1001tracklists and being invited by Dutch radio channel SLAM! twice, are only the beginning of what’s to come. NOME. might be the new kid of the block but is here to stay!

“I’m more than excited for this release. The first idea of ‘Feel It’ was created almost a year ago. After opening the project a few months later, I immediately felt the inspiration on how to finish the track. It turned as an energetic house banger. To make my debut on Don Diablo’s Generation Hex is a tick on my bucket list. I’m very happy with the result and I hope you guys will like the release as much as I do.” – NOME. on the track –