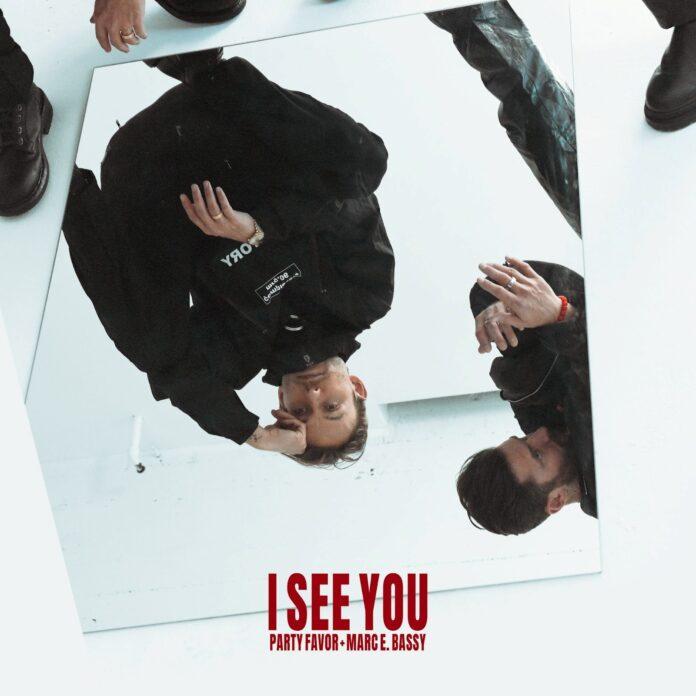 Revealing yet another facet of his increasingly-captivating artistic evolution, electronic heavyweight Party Favor teams up with Pop/R&B maestro Marc E. Bassy on the seventh single from his forthcoming LP – the sultry, driving, and irresistible “I See You”.

The track further illustrates the Grammy-nominated producer’s recent growth, demonstrating his knack for perfectly crafted melodies, more intricate songwriting, and pristine dance-pop production with a drum n bass flair. “I See You” brings together the best of both Party Favor and Marc E. Bassy’s worlds in this way, melding the dance sensibilities of the seasoned producer with the chart-topping vocal stylings the singer is known for, for a totally unique and fresh crossover song that blends genres seamlessly.

“I See You” arrives on the heels of the highly regarded Party Favor and K.Flay dance/alt-pop collaboration “Superhuman” released in January, along with past singles “Anxious” with MASN, “Losing My Mind” with Elohim, “Save Me,” and more. The sheer variety of this new Party Favor sound is stunning in its breadth, running the gamut from the industrial-electro of “Losing My Mind,” to the soft and vulnerable “Anxious,” all the way to the new-wave bombastic trap of “Save Me.”

This era of discovery and experimentation stems from Party Favor’s quarantine down-time, a period of rest he hadn’t experienced in many years due to his constant touring schedules, and the pure creativity on display speaks volumes to the mental reset he was able to dive into. With the new music rolling out and touring back on the table, Party Favor will soon coincide the project with some full production shows slated for the coming months, with more to be added. The most exciting journey of an already-storied career is still only just beginning.