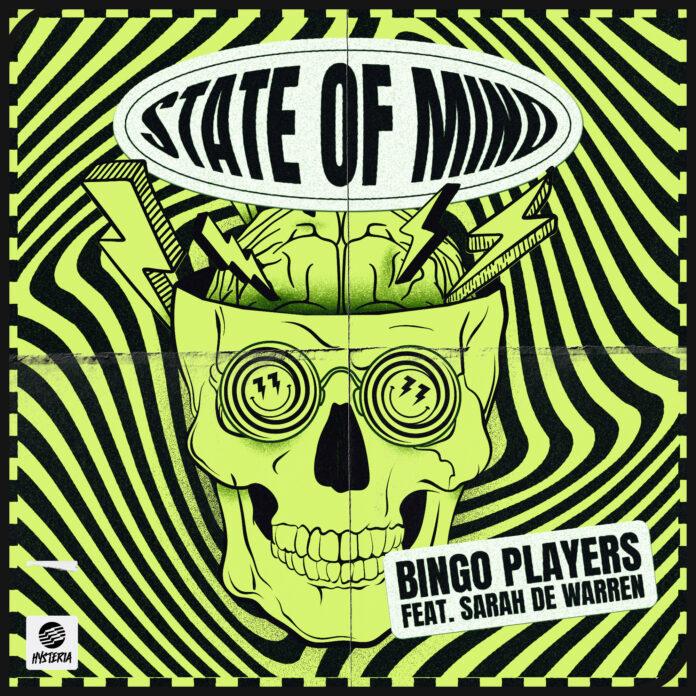 Bingo Players may be known in more recent years for his colorful upbeat grooves, but his new single “State of Mind” featuring Sarah De Warren, acts as a reminder that the infamous Dutch DJ was born and raised in the club!

The single is an exercise in sonic variations, constantly upping the ante with a dynamic range of modular and acid-inspired synths. Paired with the hypnotizing vocals of Sarah de Warren, Bingo Players’ new single successfully flips the script from recent lighthearted releases such as “Nightshift” and “Holiday” to a fully loaded main-stage anthem.

Recent years have seen Bingo Players, real name Maarten Hoogstraten, unveil over a dozen singles, including “Forever Love” which peaked on US Dance Radio at #4 and a reworking of his own single, “Devotion” to the tune over over 15 million plays. A lifelong fan of French house and deep disco cuts, his love for clubbing beats can be felt in every phrase and every element of his releases.