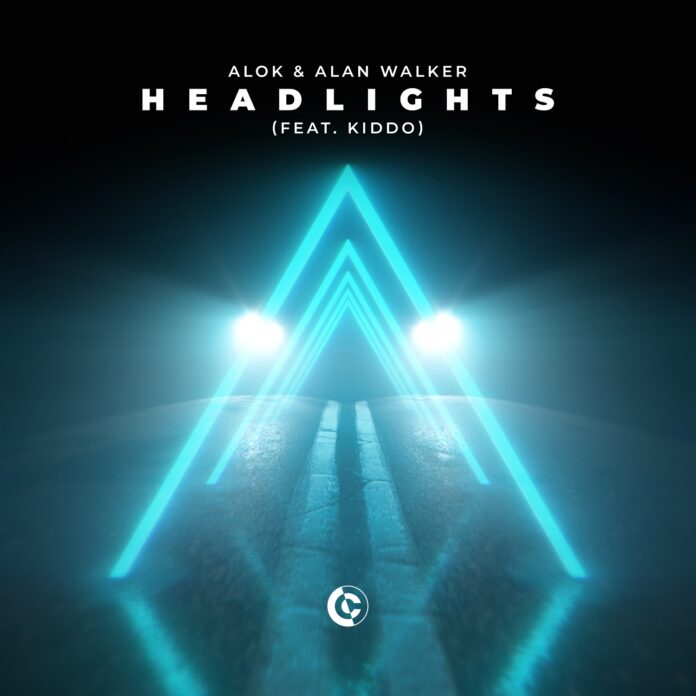 Continuing on 2022 in superior fashion, Alok, Alan Walker and KIDDO build a trifecta of brilliance on the smash of the season ‘Headlights’.

From elevating to a record 20 million monthly streams, over to Controversia as his esteemed imprint clocking up over 750 million Spotify plays, Alok’s supreme presence as Brazil’s biggest artist only continues to set alight the industry. Alan Walker, famed for hits including the double-figure, multi-platinum ‘Faded’ and Norwegian’s biggest export in recent years, lands with his debut on Alok’s label and merging together both artists deep, progressive and forward-thinking sounds, French vocalist KIDDO adds an elevating layer to the overall package. KIDDO, has kept close ties with her European heritage from the beginning of her career, nominated for ‘Best Original Song’ after ‘Run and Hide’ was nominated for the World Soundtrack Awards, against names including Bruce Springsteen and Jamie Cullum, she has continued to shine on a global scale. With collaborations alongside Robin Schulz and Alle Farben, Alok, Alan Walker and KIDDO get set to dominate with this new release.

Captivating with a palatial introductory beat that tip-toes with it’s synth-line melody, that then in turn is punctuated with militant-style drums that demand attention, the pulsating tempo pushes and pulls in the listener. As KIDDO’s far-reaching and depthy vocal tone adds a richness and a complex dexterity, each artists presence is felt to concoct the stunning production that evolves with each listen.

Speaking on the release, Walker says:
“This is the first time around working on a project with Alok, and I couldn’t be happier to be collaborating. Being able to create music alongside other DJs and talented singers like Kiddo, who’s unique voice perfectly fit this track, is always a pleasure. It has truly been a fun process combining our styles into this song and I can’t wait to continue experimenting!”