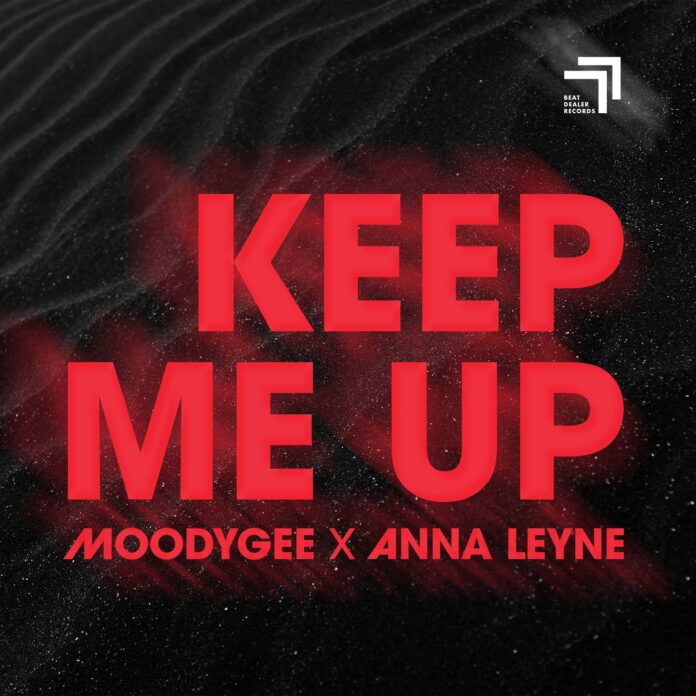 Moodygee and Anna Leyne release their single „Keep Me Up“ via Beat Dealer Records. With a mix of slap bounce and future rave, the track brings a power that is increased more by Anna Leyne’s outstanding voice and underlines the inner turmoil in the topline with its dark vibes. The single is the perfect banger for the upcoming festival season.

Moodygee is known as a former member of the successful DJ duo Darius & Finlay or the Nightbass Dj Team. With the projects he was awarded with the Amadeus Music Award and received several prizes at the Austrian Dance Awards. Across all platforms, the Austrian has already reached over 25 million streams and has collaborated with artists such as Klaas, Crystal Rock and Marc Korn in the past.

Singer / Songwriter Anna Leyne is a household name in Germany’s Music Scene. She already worked with artists and producers such as Mousse T. and Slackwax. With her most successful song „Close to My Fire“ Anna Leyne reaches over 4 million streams on all streaming services. In 2014, Anna Leyne co-wrote the album „To Your Bones“ for „The Voice of Germany“ winner Charley-Ann, as well as the song „Ghost“ for Jamie-Lee the following year, who won the season with „Ghost“ and competed for Germany at the Eurovision Song Contest in 2016.