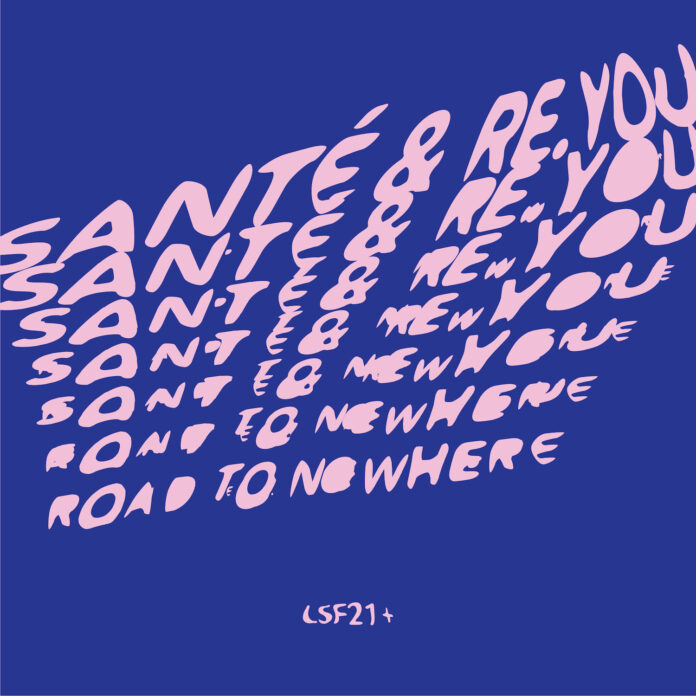 Road to Nowhere – the hypnotic two-part EP from German brothers Santé & Re.You – is out now via their newly launched imprint LSF21+.

Having pursued hugely successful solo careers and respective individual projects for over a decade, the Road to Nowhere EP is Santé & Re.You’s first shared collaborative production in more than eleven years, and marks the first release to be taken from their upcoming debut album, expected in early 2022.

Featuring two brand new original cuts representing some of the finest avant-garde interpretations of deep, melancholic house and forward-thinking electronica, Road To Nowhere is an exquisite delivery of intelligent, cutting edge dance music from the in-form producers, who launch LSF21+ armed with impressive arsenal of career releases on the likes of Desolat, Rekids, Supernature (Santé) Kompakt and Mobilee (Re.You), to name a few.

Inaugurating the double-sided package with the mesmerising title track Road To Nowhere, Santé & Re.You draw on their combined experience and united creativity to deliver a strikingly sombre underground cut, replete with complex analogue textures, stripped back piano refrains and a chugging groove that drives the opener across its five-minute duration. Penetrating the soul with mind-altering tones and an expertly manipulated topline from vocalist Biishop (Anjunadeep, Get Physical) this slow-burning offering from Santé & Re.You delivers everything one would expect and more from the re-introduction of these two musical masterminds.

On the flip, and drawing the EP to its conclusion with an ethereal finale, the fraternal outfit demonstrate their inimitable production credentials as they embark upon a trippy journey through consciousness to bring us Faithful. Collaborating with UK-based Zimbabwean singer Oluhle – real name Sukolunhle Ncube – the duo amalgamate organic melodies and lethargic beats with skittish hooks and Oluhle’s subtle vocal refrains to wrap a remarkable debut release on LSF21+ and one of the most intriguing new releases of 2021 so far.

Speaking about the EP and the launch of their new label, Philipp (Santé) commented:

“After a long friendship with Daniel from Jackmode and a 10 year studio break with my brother Marius (Re.You) I’m super happy that we joined forces on this album and the new label”.

His brother Marius went on to say:

“We are super excited to work together after all this years and more than happy to develop our common vision with LSF21+”.