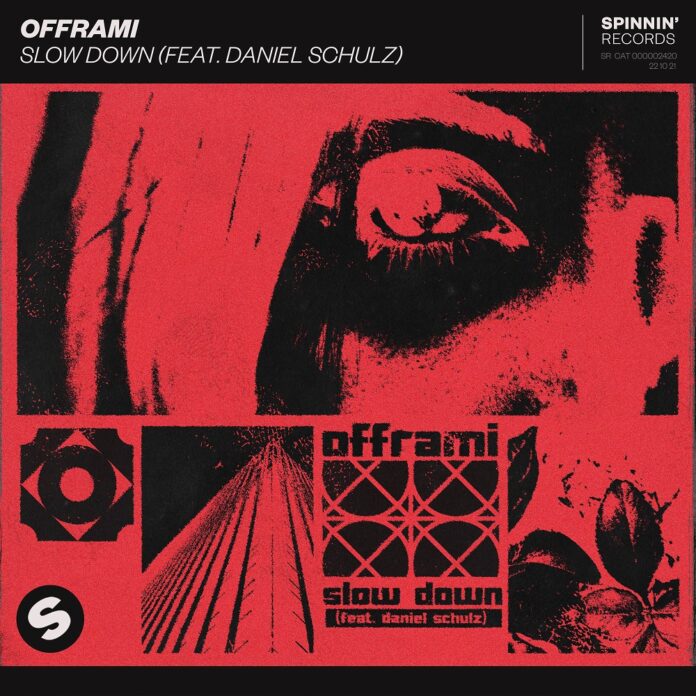 Catching a wave with his warm, pop inspired deep house grooves, LA based producer offrami is back with the invigorating new single ‘Slow Down’. Built around the driving vocals of Danish singer-songwriter Daniel Schulz, the record moves from subtle swerves into tasty hooks, making way for a tempered and electronically driven deep house drop. It’s a provocative next step for the continuously improving offrami, marking a new phase in his career with this emotionally driven deep house gem – out now on Spinnin’ Records.

Lebanese born, Los Angeles based DJ/producer offrami is known as a talented songwriter as well as a highly inventive and nuanced producer. By taking inspiration from a multitude of genres and cultures alike, offrami has proven his ability to seamlessly bridge the gaps between pop, R&B, and electronic music.

Following recent hits, including the popular deep house song ‘Drunk Calling’ (released on Robin Schulz label Mentalo Music earlier this year), offrami now adds an exciting new accent to his ever evolving output with ‘Slow Down’, the first of the rising producer’s releases on Spinnin’ Records.

Capturing the essence of offrami’s versatility, the ‘Slow Down’ opens hearts with its penetrating vocals, courtesy of the talented Danish singer-songwriter Daniel Schulz. Moody chords back him up, along with gentle percussion and nicely bouncing bass lines, taking the vibe from R&B and pop to melodic, uplifting deep house.

‘Slow Down’ is the recurring mantra here, providing the song with an emotional side, while the powerful hooks and rhythms are sure to get any crowd moving. Whatever the mood, offrami has the gift to get you through it, making fresh moves on Spinnin’ Records.