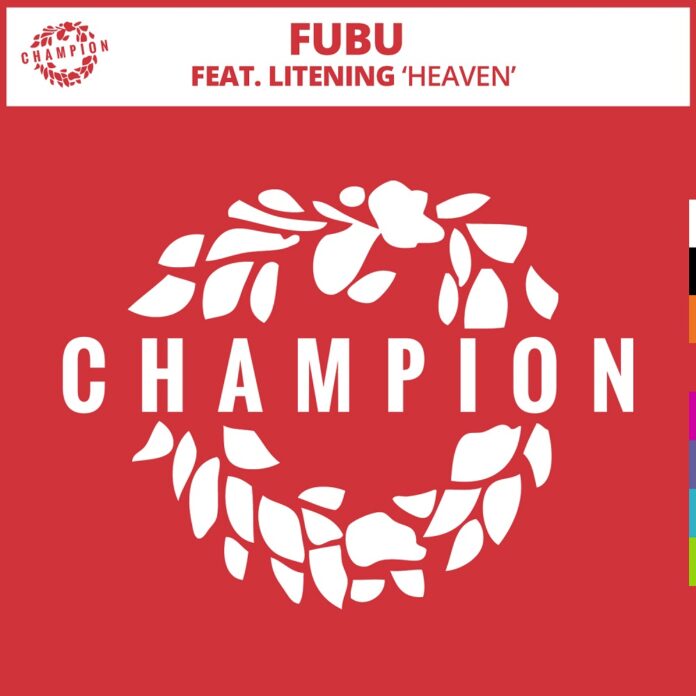 Scottish Producer & DJ Fubu proves why he is definitely one to watch this year, following acclaimed house recreations of classic hits ‘Uh Oooh’, ‘Breathe’ and ‘Freak Like Me’ – the latter achieving over 3 million streams.

Filled with uplifting energy and an anthemic vocal performance from London-based singer-songwriter Litening, ‘Heaven’ is reminiscent of ‘90s Ibiza classics, fusing house and trance elements, whilst brimming with positivity.

Fubu said: “I grew up listening to ‘90s house and trance and always loved the uplifting vibe of those early Ibiza classics. I’ve always tried to make my tracks capture that feel, to make your hands lift up. With ‘Heaven’, I tried to capture a little bit of that classic Ibiza feel. Litening really nailed it with her vocal and delivered that positivity perfectly, so I’m super happy with how it came out.”

Dundee based Fubu has been played on BBC Radio 1 by Charlie Hedges, Scott Mills and MistaJam, plus on Kiss and Capital. DJ supporters include Joel Corry, Hardwell, Don Diablo, Stonebridge, Freejak, Sam Feldt, and Martin Jensen.

Litening achieved over 7 million streams for her last single, ‘Genie In A Bottle’ released on Spinnin’. Litening has written with leading electronic artists including Riton, Benny Benassi, Madison Mars, Henry Hacking, and 99 Souls. Litening’s songwriting on Henry Hacking’s ‘New Love’ and ‘Brand New’ were No.1 in the Music Week Upfront Club Chart, and played on BBC Radio 1 and Kiss.