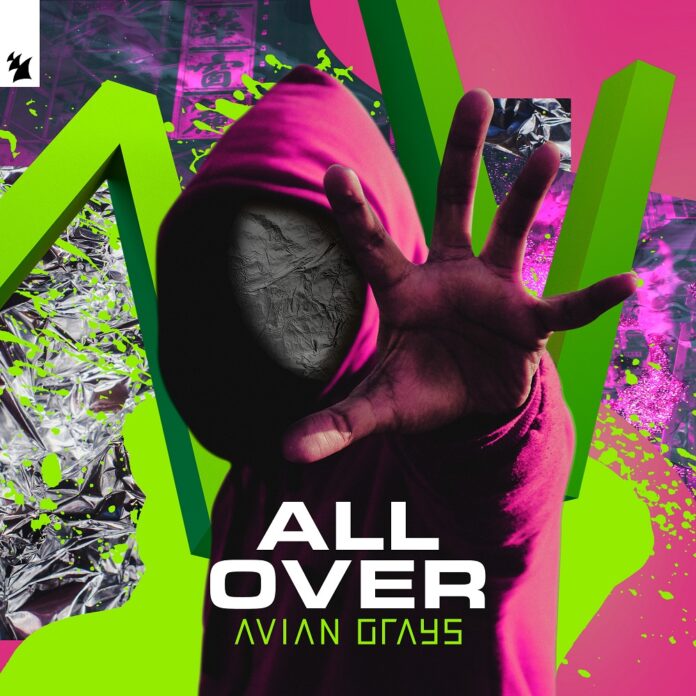 AVIAN GRAYS’ past few singles have shown that they know like no other what makes dance music fans tick, and they clearly aren’t afraid to show it. Today, the act delivered another infectious single to Armada Music called ‘All Over’ and even tied the single to an empowering TikTok challenge about body positivity.

An upbeat, dance-pop hybrid that oozes airwave potential, AVIAN GRAYS’ ‘All Over’ immediately draws in listeners through sheer infectiousness. Interweaving pitched vocals, funky chords, delicious vibes and lyrics that lightheartedly reflect on extrarelational flings, this is that one record that’ll leave fans tingling all over.

Touted as one of the most exciting new acts to watch, AVIAN GRAYS is fronted by a yet-to-be-revealed individual who works with several producers, one of whom previously produced a slew of smash hits for the likes of Alice Deejay and Dash Berlin. Their first foray into dance music, ‘Something Real’ with Armin van Buuren, clocked up 32 million Spotify plays to date and proved the perfect stepping stone toward recent singles ‘Save Me’, ‘Endlessly’ and ‘Come With Me’ (feat. KiFi), as well as the many collabs, high-profile remixes and other top-drawer outings they’re set to launch in the coming years.