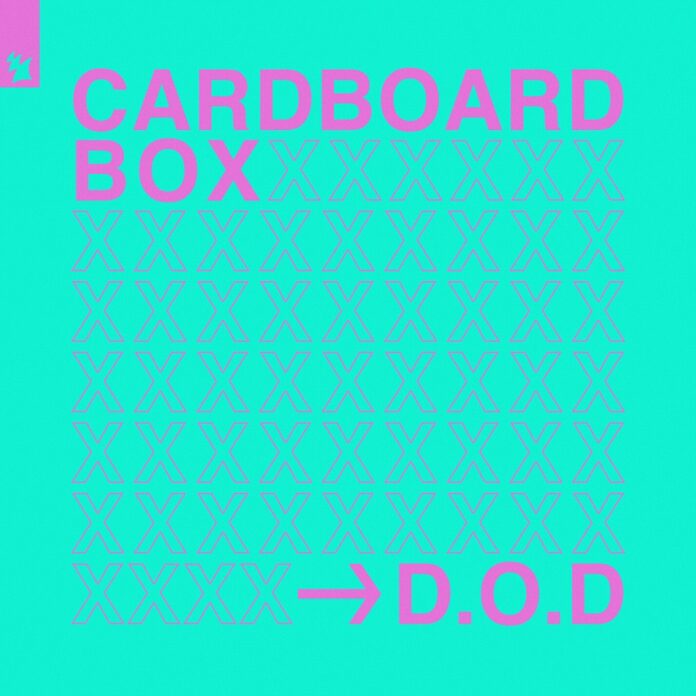 D.O.D has been making ginormous waves across the dance music scene as of late, and the U.K. DJ and producer isn’t slowing down in the slightest. After wreacking havoc on remix duty for Loud Luxury (‘Aftertaste’) and Armin van Buuren & Brennan Heart (‘All On Me’) earlier this year, the Manchester-born go-getter is cranking it up another notch with ‘Cardboard Box’, his first release on Armada Music since signing exclusively with the Amsterdam-, New York- and London-based record label.

A great way to kick off this new endeavor, ‘Cardboard Box’ sees D.O.D deliver his special brand of dance floor antics. Filled to the brim with jacking rhythms and funk-flavored grooves that fold open with every supercharged drop, this record keeps the crowd moving at maximum intensity until their legs give out.

D.O.D: “Cardboard Box was made pre-COVID here at my studio in Lancaster, U.K. I was fortunate enough to get to test this record out a few times on the dance floor, adapting it along the way. I’m a big fan of making tracks to fill in gaps in my DJ sets. For me, this record was one of those tracks that really picked the energy up, bridging the gap between the first and second half of my set. I remember arranging the drums and knowing I had a banger on my hands. This record is the first of many to come on Armada Music. Expect a torrent of brand new D.O.D music!”

Known for his signature brew of Jackin’ House with a sprinkle of old school and a dash of U.K. heritage, D.O.D (or Dan O’Donnell) has well and truly found the sweet spot between fun and fame. He chalked up multiple #1s on Beatport, collaborated with figureheads such as Afrojack, Fedde Le Grand and Sander van Doorn, and garnered well over a hundred million plays across the most popular streaming portals. On the live front, he graced the star-studded line-ups of gargantuan festivals such as Tomorrowland, Ultra and Creamfields, earning him a spot among DJ Mag’s Top 100 DJs of 2019.