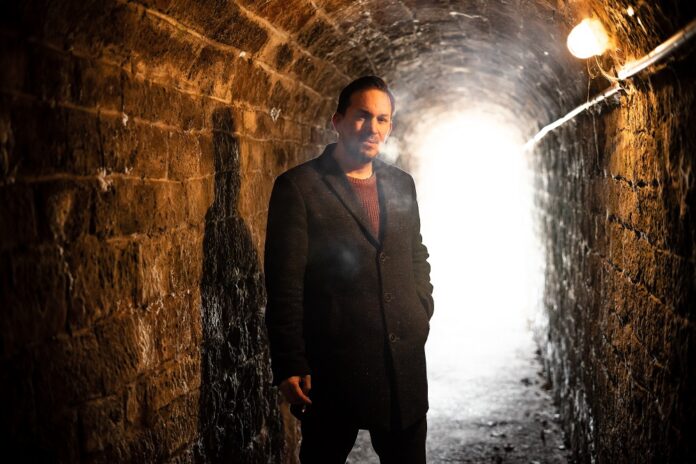 Keoni is a musician from the Czech Republic. He was exposed to music from an early age since his father and brothers play instruments. Despite being recommended to choose a traditional career, Keoni knew that his life would always revolve around music.

Keoni´s influences are as varied as musical genres can be, counting Jim Morisson, John Lennon, Prodigy, Otis Redding, Faithless, Nirvana, Chemical Brothers or Royksopp among others. The latter having a special influence due to their way of composing songs.

Swinging beats, overlapping melodies and harmonies are what creates a unique atmosphere and feeling that listeners expect to experience while listening to Keoni´s music. His haunting vocals with darkwave production tones draw the listener into an alternative electro-pop universe.

Keoni considers poetry to be of real importance, allowing people to see the world from different perspectives. He always concentrates his compositional efforts on enriching the imagination, immersing listeners in the waters of sounds and words. With his lyrics mostly based on his personal experience, however recently he is mainly inspired by global issues and current events.

Keoni will release his first album ‘’Discovery’’ later in 2020. But before his album, we thought that you guys want to know him better, so we set up an interview:

1.When did you start writing/producing music?

I started playing music when I was 3-years-old. My older brother was an outstanding drummer so I felt for drums quite easily. However, throughout the years I had come into conclusion that I missed harmonies and melodies. Rhythm was not sufficient for me which lead me to guitar and singing. I used to play in several bands, composing my own music and I gradually built up my own studio in which I created my songs while learning to play the piano at the same time.

2.What is it about music that drew you to it?

Mainly the emotional background. I have never been that kind of person who learns scales and notes by heart. Everything must have gone through my ears and heart first.

3.What or who were your early passions and influences?

4.How would you describe your own development as an artist and the transition towards your own voice?

I have been through a lot of difficult times in my life, so I think it has made my sound emotional, unique and dark in some way.

5.Could you describe your creative process on the basis of a piece or album that’s particularly dear to you? Where did the ideas come from, how were they transformed in your mind, what did you start with and how do you refine these beginnings into the finished work of art?

Actually, I always start with creating music. Sometimes melodies come first, sometimes beats. It depends on the mood in which I am in at that particular moment. Then, I imagine a melody for the vocal and write lyrics accordingly. Very straightforward, right… but most of the time there is a great deal of effort behind that. Especially when it comes to lyrics, it’s extremely difficult to follow the rhymes, meaning and consistence. I usually rewrite a piece many times, but I do not change music too much, as it comes from inside, so I do not want to spoil it with logical constructs.

Man, it is not a big deal here. In fact, we have several celebs, who are not really good musicians (not all of them) but the cultural level is very low and mainly consists of copying the foreign icons. The underground looks nice on the other hand. We have a lot of talent, but there is no place for them in the mainstream and it is hard for them to make a living out of music. Even these days they are being crushed badly.

8.What should we expect from Keoni in the next months? Any exciting projects you can give the readers a sneak peek to?

Releasing the first album Discovery. Hopefully we’ll get through the administration pretty soon and the album will appear on a lot of streaming platforms. I am not planning to sell albums physically, however. New age, new ways…