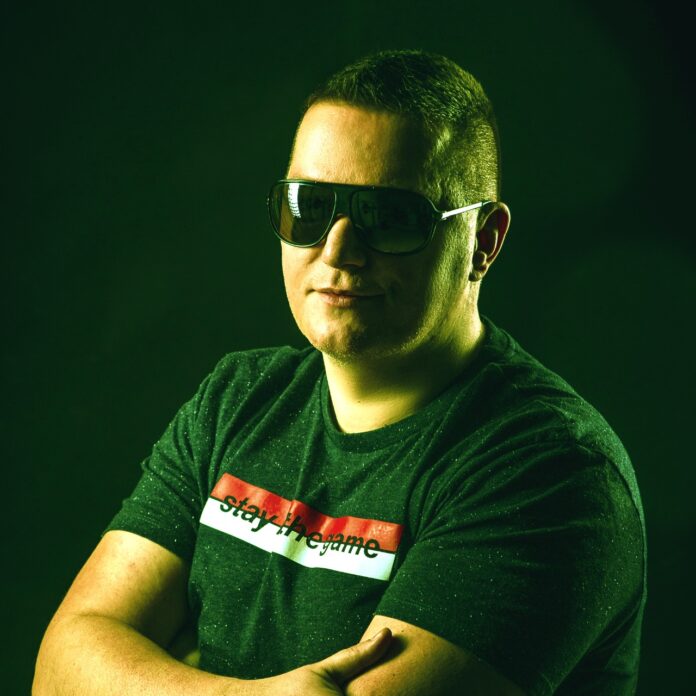 Tomas Balaz aka Atomic Electro Lab discovered his love for music at a very young age. It didn’t take long for him to discover that producing and performing was his destiny when he won first place as best talent at an important competition in his home country, Slovakia.

Fast forward to 2020 where Tomas Balaz continues to show his passion for music. Earlier this year he released music on Hotfingers Records with a track titled ‘’Soul It’’, True House LA, Seta Label, and an original mix that was included in Summer Quarantine 2020 Moon Disco which made the US Top 10 Charts. Tomas has many more projects in the works, one being a deep house and tech house 10-track album slated to release on World Is Mine Records in the autumn of this year.

We wanted to know more about Tomas and we invited him to a chat !

1.When did you start DJ-ing/Producing – and what or who were your early passions and influences?

I have always been fascinated by the way music is made and music in general influences a person’s mood. I started making my own music in 1996 in a single program such as Fasttracker with headphones. The turning point was the year 2000 when I returned from basic military service and heard the first techno songs that had already passed on to the Slovak dance scene. I could say that it was still underground. I immediately felt the freedom and uniqueness of techno style and I also started playing this music in 2002 in small clubs in my town Ziar nad Hronom. After about six years of playing, I became a resident at the largest club in the town, NEXT BAR, where I play to this day.

2. Could you take us through a day in the life of Tomas Balaz?

3 days a week I work as a people leader for the MARS family. In the past, I also worked for FREUDENBERG and LEGO family in people management positions where I prefer a positive attitude towards people and constant contact with people in the team. I spend the next 3 days as a music producer and DJ. I have a rest on the 7th day. My day in the music studio starts in various ways, sometimes I get up even in the dark at 3am; “the midnight of the soul” early in the morning, sometimes again around lunch, but one day in the studio means for me about 10 hours of work. It is definitely necessary to take breaks when I go for a walk with the dog or I just stretch to relieve my back.

3. With so many tracks you have produced, is there one that is your favourite?

It is said and there will be some truth in the fact that the last composition composed for him is the best for the producer. This is probably due to the fact that as a producer I strive for the best result. If I have to be specific, I really like the song SOUL IT, which I released on the HOTFINGERS RECORDS label. It is a mixture of soul loops where the biggest added value is probably non-traditional editing and work from cuts of sound.

4.What do you look for in a song when choosing to remix it or not?

If I hear an important recurring element to a song, such as vocals or melody, and I feel that its potential is greater. Then I try to emphasize the main element even more and strengthen it with other elements. For example, there are songs where the sung melody is supported by the lead synth playing the same in the background and the like. Whatever one does should be based on motivation and that is either money or the knowledge that the remix will have good brand or producer name support. Doing something without motivation usually ends up in the trash.

5. What was your first studio like? How and for what reasons has your set-up evolved over the years and what are currently some of the most important pieces of gear for you?

Nowadays, you can buy studio equipment for really a few EUR. This is quite annoying for producers because it is no longer possible to make excuses for low-quality hardware. The most expensive element in my home studio is the house. It cost the most and gives me the freedom to work at any time and to start working. It can be said in any required volume because I have no neighbors. Thank God my partner is a very tolerant being. The most important thing in the last month has been to sell out big synthesizers so that I have enough space to try to dance to the songs I make.

6. What can you tell us about the scene in Prague?

Prague is a magical city that attracted me so much that I moved here 15 years ago. Prague is a tourist epicenter. It doesn’t matter if it’s Monday or Tuesday; parties are held every day because there are tourists everywhere. I am surprised how many underground events take place around Prague, but also the regularity and stability of clubs such as ROXY and others. There is currently a slight downturn due to regulations regarding the COVID situation. I’m looking forward to the time when the scene is gaining momentum again after all the restrictions have been released. Fans are definitely hungry for the events they were so used to.

7. Tell us about one of your most memorable DJ sets.

Certainly the most memorable sets are always my Christmas sets from NEXT BAR in Slovakia where I am a resident DJ. I have traditionally been playing Christmas there for 12 years, where I carefully select techhouse songs mixed with my original tracks for a set. I have to admit that when I play my own original tracks, I’m really nervous about whether fans and friends will appreciate them, but as a result, the dancing crowd is very tolerant. Unless, of course, you get off the floor with too long a breakdown in the song.

8. Any new releases coming out soon? Do you have any other goals you’d like to achieve in 2020?

I dedicated the year 2020 to introducing my name to the fans and also to gain new fans. It can be said that this is my controlled step out from ghost producer shadow.

The year 2020 started very cheerfully and motivatingly for me by winning two production competitions with my songs. I continued to work hard to support music producers and DJs. I delivered to DJs over 30 Deep House, Tech House and Techno tracks as a ghost producer. And I also have contracts for the release of techno-genre sample packs at AUDENTITY RECORDS and SAMPLE TOOLS BY CR2. I released techno and house tracks at the publishers like SETA LABEL, HOTFINGERS RECORDS and TRUE HOUSE LA. Goals are simple: do what I love, show fans what I do, maintain productivity and level the quality of my music production.