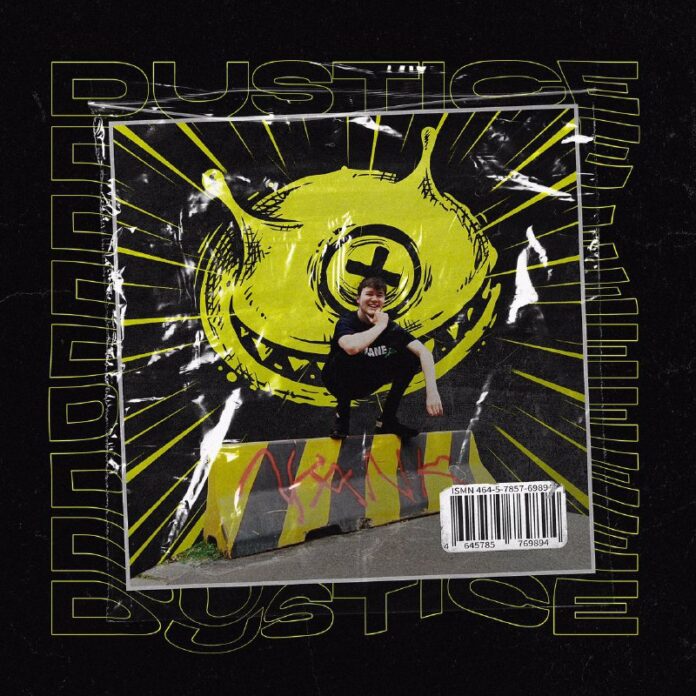 He appeared on the EDM scene quite unexpectedly and although his tunes might seem very underrated this is a true gem in the modern music industry. Dustice has already released 3 tracks on Ate that! Records – an independent music label greatly influenced by the UK culture but – funny – with absolutely no Brits in its team. This is actually his very first interview where he tells us his story.

Some of your true old fans may remember your very first release “Hecka Hey”. After that you took a long break (almost 2 years). Can you enlighten us a bit with the background story – what have you been doing all this time and what possibly changed?

I wouldn’t say I’m back, I was never gone in the first place. Two years after Hecka Hey were eventful. I was interning working closely with DJs and picking up knowledge bombs. Generally just working on myself and on Dustice. At around that time I also dropped 6ix9ine – MAMA remix, which gained some recognition from supporters. The two years were extremely lengthy, messy and harsh but they were worth the clear vision it had created for me and acquired skill to feel music.

We already heard your recent releases Move, Bounce and Pump which are very close to the whole UK culture. Now you’re about to drop a more vocal track Two Of Us, so tell us if this is a temporary shift or should we expect more of this in future?

It’s rather an expression than a “shift”. Everyone has a hard club banger side to their character, but also the sweet and loving one, like Two Of Us. Shouldn’t be scared to be sweet, that’s what this record is all about.

Apart from music production, what are your other favorite activities and hobbies?

When I was younger I played football every day till my legs hurt because it was that much fun, something I can’t unlearn. Once I fell in love with making music, my attention completely shifted to being the best at it. So, nowadays I’m solely focused on many types of music, so there is always something to do in my spare time.

Your rise is basically happening during the pandemic which is unprecedented for everyone. How do you cope with that and do you think things would have been different for you if there hadn’t been any virus?

A lot of great work was done during the pandemic so perhaps it was a plan all along. Interesting to see how the pandemic changed the ways normal life is conducted as well as fans preferences for music. I have a feeling we are going to see a lot more fresh music and fresh competition once everything is back to normal.

Is there someone in the music industry that has a big influence on you and your music? Could you think of your top 5 influencers and why?

Most of my life I’ve been just doing something. So I personally don’t think my music is directly influenced by any other artists, rather many at once. Though obviously there are a few ones who are extremely inspirational for me, but mostly in their mindset and creativity. I’m a huge fan of Skrillex, DJ Snake, Apashe and Diplo, these guys have been innovating and killing it as long as I can remember and I hope we can vibe in the studio together one day and work on some hits. I’m also a huge fan of rap. Artists like Young Thug, Future, Tyga and Drake are always playing in my headphones and I dream to work with them in the studio one day as well!

I would love to collaborate with DJ Snake, Skrillex, Apashe, Future, Drake and Young Thug. Preferably on one track haha

What’s the story with the monster that has been following you on every picture and artwork?

Perceive him as an angel who is always pushing me further and protecting me.

What is your favorite production tool/plugin/feature at the moment?

I actually really started to love Pro-Q 3, that eq does wonders, especially when you know exactly what to cut.

Is there a particular goal you’d like to achieve in your career?

I would like to connect with the world, help people through hard times by great music. I wanna be the best at what I do.

Finally, any quick message for your listeners?

Stay tuned, Two Of Us will be out next month to become the song of your car rides. The future is never known beforehand but I’ll always be there with some new tune to make it brighter 🙂

PRESAVE “TWO OF US”: https://atethat.fanlink.to/presavetwoofus