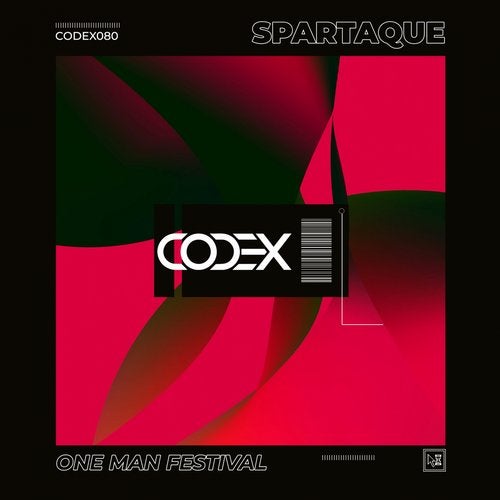 August 21st sees the Barcelona-based producer Spartaque to come back to his CODEX label in dizzyingly inspired fashion. A native of Ukraine, Spartaque – real name Vitalii Babii – has been wowing crowds for some time now, which his always uptempo techno sound the hype that hardcore fans of the genre in particular tend to fawn over.

His latest release is One Man Festival. A banger of the sort that other producers are often too afraid to even dare produce these days, it’s the sort of track that’s been tailor made to annihilate any dancefloor it’s allowed to let loose on. Created as an attempt to “avoid the effects of festival starvation caused by self-isolation”, this is a killer weapon that metaphoriclly at the very least, is sure to transport hardcore techno fans way back to the festival dancefloor space.

Elsewhere on the release we’re greeted to Revolution 909. Keen Daft Punk fans will take note of its title, and as you might imagine this one pays homage to the famous drum machine in quite inspired fashion. A killer track that builds and builds, it sees the producer at his maddening best. Expect this one to earn heavy rotation long after the pandemic has – hopefully – ceased.

As the man himself says, “We will be together again, but the rave is inside all of us.” No doubt about that one.

You can also download this EP from Beatport here.