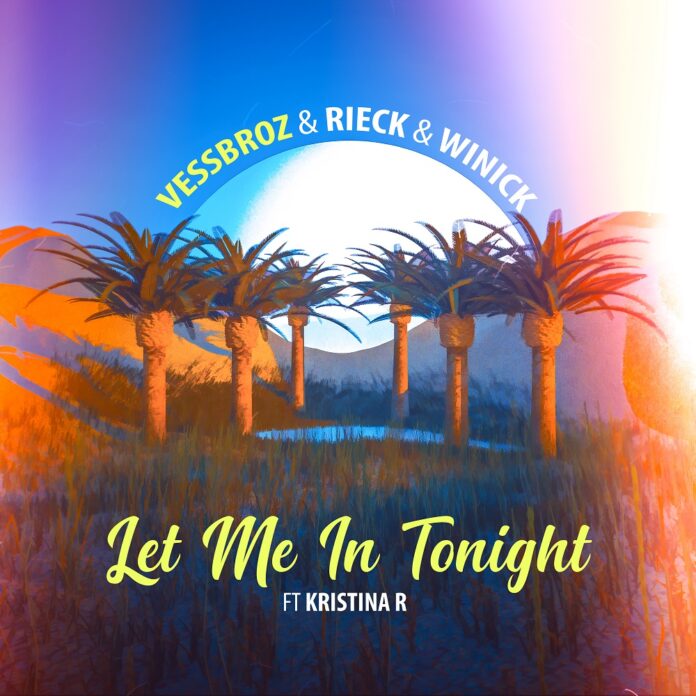 The Vessbroz have teamed up with Rieck and Winick for a flawless delivery of what could potentially be a song that claims the titled of ‘dance anthem of the summer’. There are beaming vibes all round with their newest fun-filled hit ‘Let Me In Tonight’. Commencing the tune with chilled out guitar melodies, Kristina R’s striking vocals fill the music singing profound lyrics that tell an enticing story.

The Vessbroz brothers, Armia and Arsham have shown through their discography that they can consistently master a myriad of genres. Their originality and constant drive for creativity has put them on the watchlist of the many for the most of their career. Having won multiple awards, topped the biggest charts and worked with some of the biggest names in the industry such as Hardwell, Chris Willis and Mike Williams through a variety of projects, their undeniable talent is once again thrust into the spotlight with ‘Let Me In Tonight’.

‘Let Me In Tonight’ offers a balanced blend of acoustic and electronic sounds that makes the song a perfect soundtrack to any occasion. Reaching it’s peak during the chorus, the track showcases the art of illustrating both emotion and developing a catchiness to a beat that makes it addictive to listen to.

The Vessbroz’s release joins an incredible list of artists and releases as the track comes out on the leading Spanish dance label ‘Blanco y Negro’ which has been the home of releases by artists such as Moby, Carl Cox and Sven Väth along with David Guetta in his early career.

‘Let Me In Tonight’ is out now, you can stream it below: