Continuing his growing relationship with Spinnin’ Deep, EDX turns into the latter half of 2017 with brand new single ‘Bloom’, out now to stream and download worldwide.

After the old-school vibe of 25-year-anniversary marker ‘Voyage’, ‘Bloom’ sees the Swiss super producer return to a darker, more contemporary core. The stripped back cut shows hints of minimal tech-house that fluctuate confidently against EDX’s trademark deep, sonic basslines. Blooming in and out of the composition as the title suggests, the bass underpins chugging percussion elements and vocal stabs that work together to create a constantly driving, pushing, expanding rhythm.

With a concentration of dates in Europe over the summer festival and Ibiza season, including the legendary Tomorrowland as part of Spinnin’ Sessions, EDX returns to North American shores later this year with dates including Las Vegas, San Francisco, Los Angeles, DC and Chicago.

For full details on all EDX Tour Dates, see below: 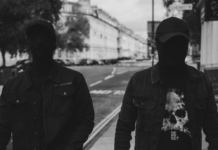 Wh0 present a love-letter to the Disco era with ‘Chinatown’!

VINTAGE CULTURE AND FELGUK MAKE EVERY MONDAY BETTER WITH NEW SINGLE ON SPINNIN!

GRAMERCY SHOWS OFF HIS UNBELIEVABLE PRODUCTION SKILLS ON NEW SINGLE!