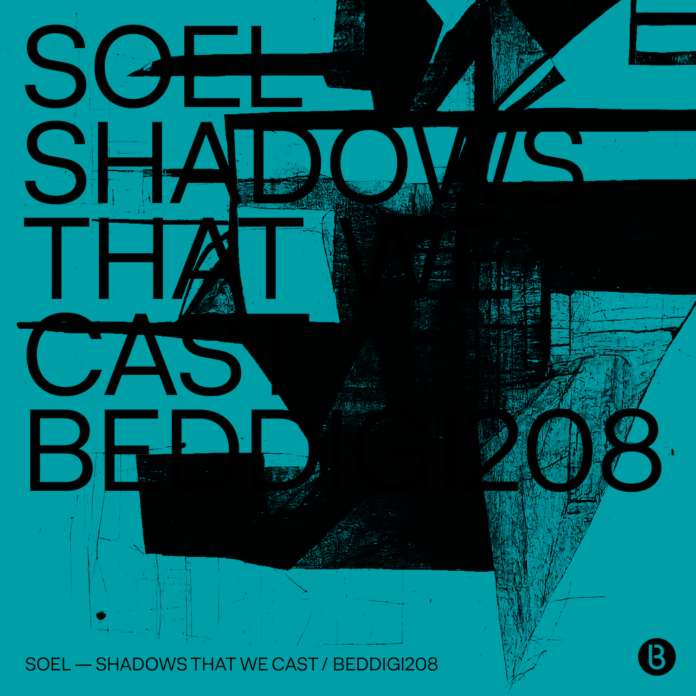 Following the critically acclaimed release of his two-part Ghasia EP on Bedrock back 2021 – a record which enjoyed hefty support from John Digweed across his gigs in Mexico and South America that same year – hotly-tipped, Milan-born producer SOEL now returns to the esteemed British imprint for his eagerly-anticipated first release of 2023, with Shadows That We Cast EP.

Inaugurating the two-part EP with the rousing title track Shadows That We Cast, SOEL – who has also released on the likes of Afterlife, Siamese, Plangent and Oddity, amongst others – makes his intentions known from the off, delivering a uniquely dynamic offering, piqued by piercing synthesizers, undulating kicks and trippy, mind-altering samples.

Up next, the NYC-based producer offers a more melodic follow up to the tension-filled opener with Running On The Moon, as harmonic synths and expertly manipulated vocal drops provide the backbone to another exquisite, multi-textured cut from the in-form producer.

A life-long travel, fashion and art enthusiast, SOEL’s musical evolution, multi-cultural experiences and individualism, are organically reflected in his music. He began composing music during adolescence, and within one year his productions were used by fashion designers in their seasonal shows and were supported and played by some of the biggest DJ’s in the world, including Solomun, Hernan Cattáneo, John Digweed, Tale of Us, Carl Cox, Dixon, Adriatique, Chris Liebing, Stephan Bodzin, Rodhad, and more.

Throughout the past decade, SOEL has refined his unique sound; one that includes a mix of deeply emotional atmospheric techno sounds, blended with dark synths, cavernous drones and sharp percussions. The energy of his music flows seamlessly throughout his sets, captivating crowds during the journey, with a masterful feel for progression and vigour. In 2020, SOEL also opened his own electronic label, ORACOLO Records, which has a focus in dark, atmospheric techno and cinematic ambience.

1. Shadows That We Cast (Original Mix)

2. Running On The Moon (Original Mix)