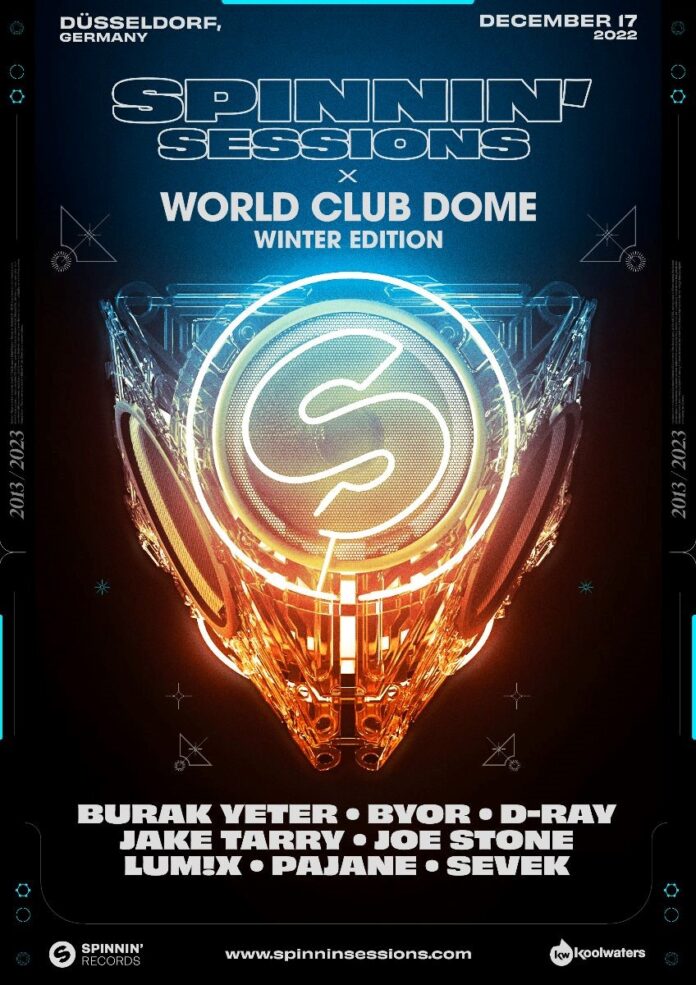 Following an incredible hosting at last summer’s World Club Dome, the excitement doesn’t stop as Spinnin’ Sessions joins the ‘biggest club in the world’ again for its much anticipated winter edition. Taking place in the Merkur Spiel-Arena in Düsseldorf, Germany, the party brings an impressive line-up, including Burak Yeter, LUM!X, Joe Stone and Sevek performing Saturday 17 December on the Spinnin’ Sessions stage. It will be the final Sessions party of 2022, and things are about to heat up, so be sure to get your tickets now.

Widely acclaimed as one of the biggest club events, the BigCityBeats World Club Dome gathers a wide range of artists and hosting partners, joining forces for two days in a row. Last summer, the event already enjoyed a successful edition in Frankfurt, now it’s time for the Winter Edition, taking place on 16 – 17 December in Düsseldorf, presenting 150 artists spread over 15 floors. Spinnin’ Sessions, crown jewel of leading electronic music company Spinnin’ Records, enjoyed similar success as it presented its own stage at this summer’s World Club Dome. With performances from leading acts like KSHMR and Blasterjaxx, the vibe was electric, bursting of euphoria and excitement, making a return to this event somewhat inevitable.

Now, the time is here, as Spinnin’ Sessions joins the World Club Dome again for a resounding winter edition. Presenting its own stage on Saturday 17 December, the line-up brings some of the best names on the Spinnin’ roster, from up-and-coming names to well established headliners; including Burak Yeter, BYOR, D-Ray, LUM!X, Jake Tarry, Joe Stone, PAJANE and SEVEK.  It promises to be a grand comeback, as well as the last Spinnin’ Sessions party this year, making everyone eager to go out with a bang.

“We were proud and excited to join the World Club Dome last summer; it turned out one of our best events in 2022. So, we are thirsty for more! Both the line-up and the venue in Düsseldorf look very promising, and if the crowd is anything like we had this summer, we are up for a massive party to close off an incredible year.” – Steven de Graaf, Commercial Director at Spinnin’ Records