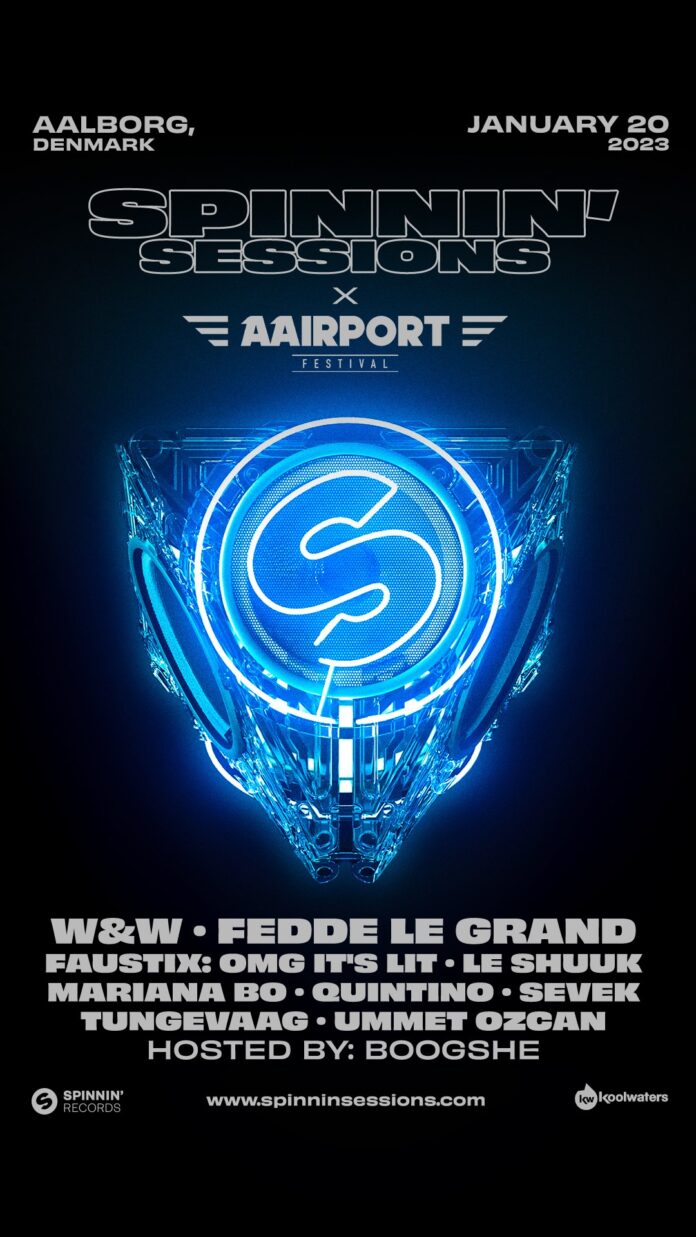 It’s been quite the ride so far. Enjoying huge success with its first edition in January 2020, welcoming over 20.000 visitors over two days, the prestigious Aairport Festival was eager to surpass this, teaming up with Spinnin’ Sessions for its second edition, scheduled for January 2021. Due to the global pandemic, this event was postponed for two years, though – now finally taking off in January 2023.

“It is a great pleasure to accomplish this collaboration with one of the new EDM festivals in Scandinavia. It’s been a long time coming, and finally it’s happening, Spinnin’ Sessions will have its biggest indoor show ever, this January in Denmark!” says Steven de Graaf, Commercial Director at Spinnin’ Records. Spinnin’ Records is the global leading record label within electronic dance music and with more than 30 million subscribers and over 16 billion views on YouTube, the company is a leading force in developing artists to a large audience.

Spinnin’ Sessions counts as the label’s crown jewel, an internationally touring event, known for its crazy shows, diversity and big line-ups as seen on huge festivals such as Miami Music Week, Mysteryland, Tomorrowland and Parookaville just to name a few. Spinnin’ Sessions @ Aairport Festival will be the biggest indoor session in the history of Spinnin’ Records.

“We have always worked towards strong partnerships and strong collaborations and we have been preparing for this announcement for a long time. It has been a process over several years by now, and after the success of the first Aairport Festival in January 2020, things just moved very quickly”, says Kresten Thomsen, CEO of Aairport Festival.