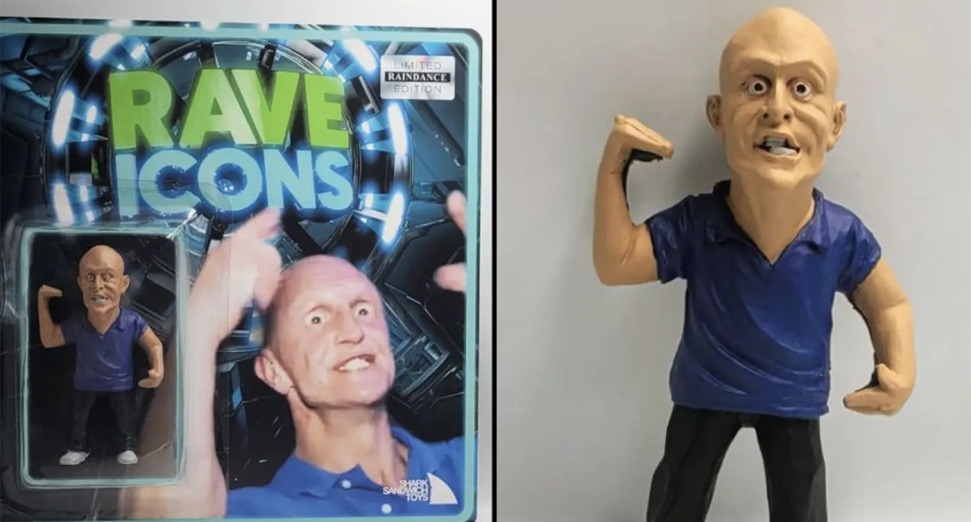 The viral “gurning rave guy” has been recreated as an action figure.

Shaun Jackson became an unlikely meme back in 2014 after a video, titled ‘Bounce by the Ounce’, featured him dancing in a club as part of a promo for Preston nightspot Rumes, and duly lit up the internet.

Joe Shark from Sandwich Toys has now created ‘The Gurner Raver Raindance Edition’ action figure in collaboration with Jackson, according to LADBible.

The toy will debut at the Raindance and Just-In Time Presents The Winter Series event in Norwich on 2nd December, where Jackson is said to be attending as well as signing merchandise. You can pick up your own action figure from the Sandwich Toys Facebook page here – they’re priced at £40, just in time for Christmas, right?