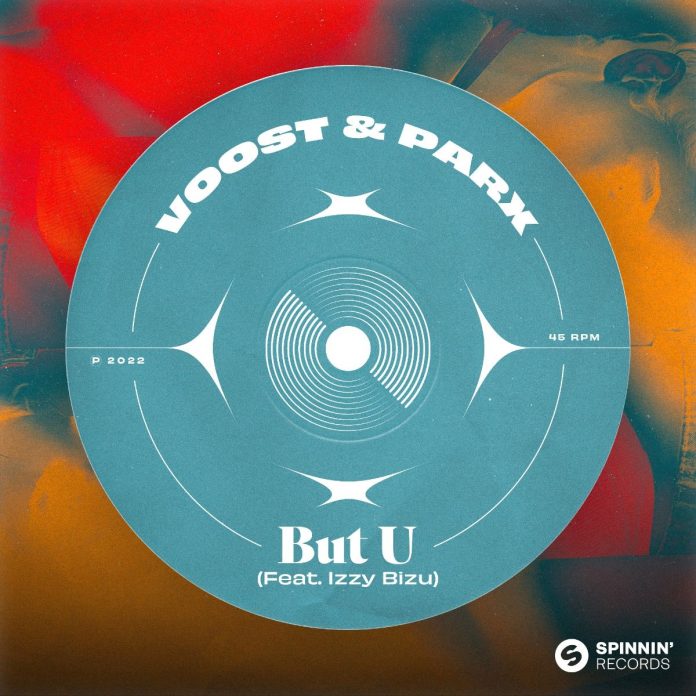 Making strong moves on the wings of recent club hits, Dutch DJ/producer Voost now returns alongside UK tastemaker Parx to deliver their newest effort “But U.” Co-written by London singer/songwriter Izzy Bizu, the record is built around her infectious R&B vocals, adding tasty piano chords and warm bass lines, while vivid pop hooks and gentle deep house beats take the mood sky high. What a teamup, as these artists’ chemistry flows into a burst of feelgood vibes – out now on Spinnin’ Records.

Both producers have followed a similar trail of success recently. Voost started to make waves a couple of years ago, initially exploring various dance music genres before taking off on his signature UK House sound. Dropping several club favorites, from 2019’s claim to fame tune “Come With Me” to last year’s smash “Taste Of Your Love,” the Dutchman has scored widespread DJ support and millions of streams by now.

Both renowned for their fierce yet catchy UK House vibes, “But U” lets them take this sound to a next, pop styled level. Fueled by the emotionally driven, R&B tinged vocals of  London singer Izzy Bizu (famed ever since her 2015 breakthrough “White Tiger”), who co-wrote the song, the record evolves on the rhythmic finds of Voost & Parx.

With a fresh piano hook, courtesy of Voost, the song gains energy, emphasized by sweet punchy bass lines and catchy string stabs. It’s these ingredients that lead towards a sparkling drop, full of joyous melodies and uplifting backing vocals, continuously boosted by a steady deep house beat and warm layers of percussion.

“But U” leaves no room to settle down. It’s a gust of feelgood energy, delivered by three artists giving it all they got – taking each other’s strong points to the best possible outcome. A song to lift your spirits, this one will last you a long, long time.