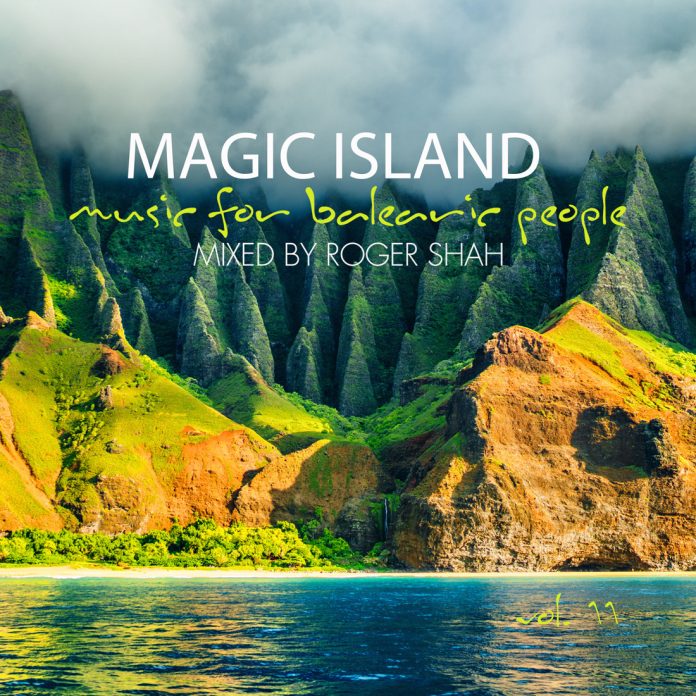 Having last year steered his hallowed mixcomp series into double-digit territory, Roger Shah’s ‘Magic Island’ is once again on the horizon, with its incredible eleventh edition. As sure a sign as any of summer’s arrival, June 17 sees Roger and his troop of Balearically minded music-makers return with another clutch of purpose-built, irresistibly sunny sonics.

While some play fast & loose with terms like ‘team’ and ‘family’, Roger’s Magic Island grouping is arguably their truest embodiment. Artists like Ingsha, Clarks, Rafael Osmo, Raul Pablo Sanchez and others have been with the series near enough from the start, and on Vol. 11 they are once again contributing fresh studio wares. ‘Family’ is also used in its most literal sense too, as Roger’s son Noah Shah brings three new deep-house-tipped productions (‘Out Of Time’, ‘Phoenix’ & ‘Animus’) to its first disc. Families have newer members too and ‘Volume 11’ brings first-time M.I. appearances from emerging talents like Magnettor, Ditoma, Archers & MainDain, Julie Dvir and John Colombani.

It almost goes without saying that there is much too from Roger’s ever-ready cohort of alter-egos, pseudonyms and aliases. For the ‘Island’ ever-shifting moods, times and tides, new music from High Noon At Salinas, San Antonio Harbour, Balearic Session, Guided Gratitude and (naturally!) Sunlounger prevail.

In a pre-release ‘M.I.11’ message to Magic Islanders, says Roger: “it’s that time of year again guys and I’m super excited to present this new edition to you! Mix 1 is a unique journey, blending everything from Balearic guitars, deep house vibes and melodic techno. For Mix 2 meanwhile, you’ll find the selection gets more uplifting, emotional and floor-driven, as the mix moves between progressive and trance.

I’d like to take this opportunity to thank all the super-talented artists who contributed to the making of this album. They are the ones who bring that Magic to my Island and I couldn’t do it without them!”

With its toes firmly in the waters of chill, from Mix 1’s outset Roger wastes no time in wafting those beachfront bar & lounge atmospheres into the album. To do so, he draws on the cooler toned likes of Clarks’ ‘Guanabara’ and ‘Imagine’ by Julie Dvir, as well as Sunflare’s balmy ‘Madeira’, Rafael Osmo’s groovesome ‘Domina’ and others besides. The second mix meanwhile ushers in a more afterdark feel to the album, at its tempos progress and its collective pulse quickens. Putting the album in a primetime frame of mind, you’ll find the likes of Magnettor’s ‘Aurora Borealis’, ‘Lightspeed’ from Thomas Bensche, ‘Nishaya’, courtesy of the Ingsha duo and John Colombani’s ‘Athena’.

With the arrival of ‘Magic Island’s 11th Volume Of ‘Music For Balearic People’, June 17th sees summer delivered direct to your door. Do what needs to be done here [https://blackhole.lnk.to/magicislandv11]!!