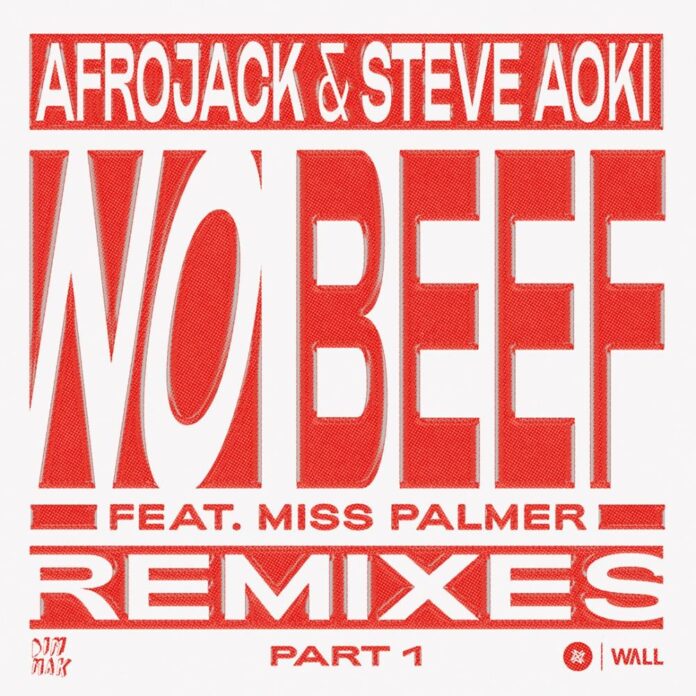 Celebrating the 11th anniversary of one of EDM’s biggest tunes, Afrojack & Steve Aoki’s “No Beef” is back in the shape of two immense remix packages, with a remix from Aoki himself serving as the crown jewel of the original’s celebration. The first package is out now, featuring a mesmerizing version by Grammy nominated duo Goodboys, adding touching vocals, warm melodics and a sturdy deep house drop. Also present on this celebratory release are fresh remixes by LUM!X, as well as Riot Ten & Crankdat. It’s a furious blast from the past, underlining the everlasting impact of this timeless festival anthem, scored by a star-studded line-up of contemporary dance producers. Catch it now on Afrojack’s Wall Recordings & Dim Mak Records, and stay tuned for The Remixes Part 2, coming soon.

Eleven years ago, electro house and EDM were going through an impressive rise to fame, quickly becoming the most dominant music genres in the world. Both Afrojack and Steve Aoki were riding this wave with a series of global hit productions, and their collab single “No Beef” quickly turned into a powerful anthem for the emerging dance music culture.

Since then, the ‘Afroki’ collab has remained an iconic tune in dance music history. Still a record to raise the roof at any rave, its 11th anniversary deserves a worthy celebration, as it is honored by an impressive series of artists, spread over two remix packages.

Part 1 sees none other than Goodboys take the track to new heights. Known for their Grammy nominated Meduza collab “Piece Of Your Heart,” this UK duo has added sweet layers of vocal deep house across the original rave anthem. The inventive melodics of “No Beef” are still there, but enhanced by emotionally driven male vocals, sweet piano licks and an overall contemporary house vibe, ready to conquer a fresh audience all over again.

Of course, Steve Aoki himself is also part of the celebration. The US dance music superstar drops a blistering “11 Years Later Remix,” breaking up the original’s electro vibe with a deep, progressive tinged, invigorating atmosphere.

And then there’s German tastemaker LUM!X, plunging the song into his trademark sound, featuring triplet styled beats and a huge, hands-in-the-air 2022 rave chorus. Closing off this first remix package is the action packed version from Riot Ten & Crankdat, who blow the record sky high with pumped up beats and raw, brutal dubstep sounds.

It’s a birthday in true EDM style, taking the music as wide as possible, providing the legendary “No Beef” with a fresh set of DJ weapons. Enjoy the party, and get ready for Part 2, coming soon.