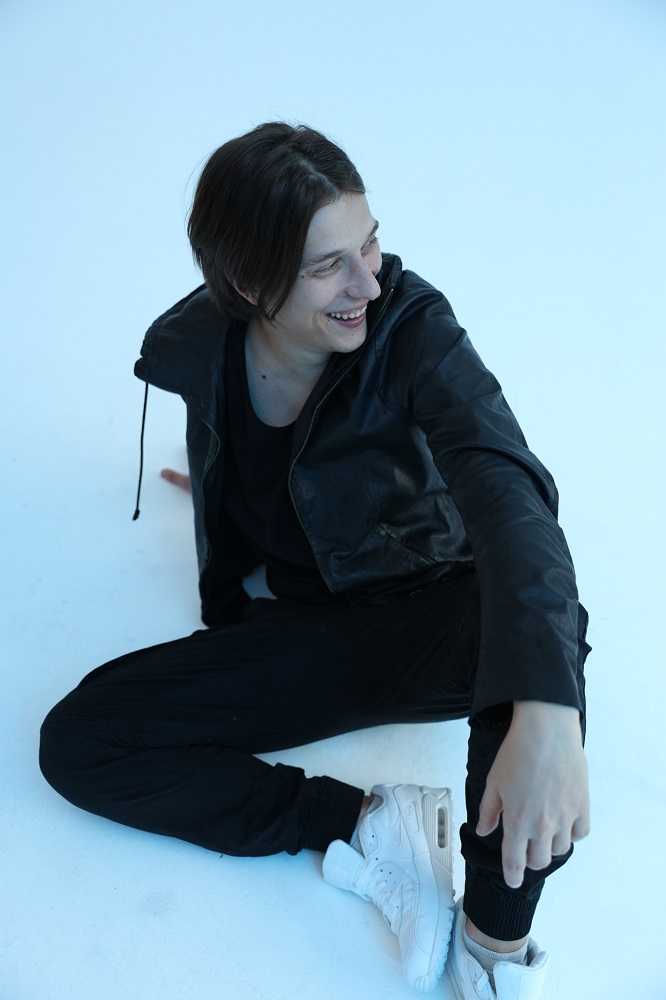 Can you tell us when and how you started making music and how you progressed from there as you got older?

From a young age, I was already listening to a lot of electronic music from the 80s and 90s. I began making music with programs such as Fruity Loops and Cubase, then I learned how to work with electronic synths, sound loops, plugins and analog hardware. I found it very interesting, especially because I could express my feelings and emotions through music.

Over time, I gained a lot of experience in making music, from break-beats, funk, and music loops to more fat electronic sounds and music melodies. I never stop learning, though: everyday, I am learning something new and that is a continuous process – to me, every step helps me grow as an artist and producer.

Who were your musical influences at an early age and how did they influence you and your sound?

When I was younger, I was listening to music from Prodigy, Scooter, Fatboy Slim, Chemical Brothers, and a lot of break-beat compilations on cassette records and CDs. I was also listening to old school Hip-Hop artists like Eric B & Rakim and Run-DMC. Vadim, my older brother (who’s part of Swanky Tunes), got me into the world of House music, which soon became very interesting to me. Then, I met Denis and we teamed up to start the project “Hard Rock Sofa”.

The town where we’re from, Smolensk, is where the electronic music movement in Russia started. That enabled us to do a lot there with Hard Rock Sofa, which gave me a lot of experience in working together with people. On top of that, I was working in the studio everyday to improve my knowledge and skills. So, I can say that the Shapov sound comes from having extensive experience working in the studio and lots of patience.

You’ve mentioned that you grew up in Smolensk, Russia. Did that influence you in any way? Did any of your experiences growing up influence how you make music or the relationship you have with it?

I spent my childhood in a really wild, but interesting world, to be honest. I’ve had many formative situations in my life, both happy and sad. I could never have known I was going to end up making music and becoming a DJ, though! I believe all these different experiences helped shape my personality and the course of my life, giving me the chance to make music and to find a place where I can share my feelings.

Currently, I live in Smolensk, my hometown. It’s close to Moscow and it’s not a big town, so the quietness helps me focus on making music. But, I always travel whenever I have the chance and I’m on the lookout for different perspectives, and maybe that will come from moving somewhere else and discovering a new place. I’m thankful that this is possible due to my career, which has already taken me to all continents around the world and enabled me to meet a lot of different people, which has influenced me in a very positive way.

When you started your act as Shapov, what was your vision for the project, and of course, for you as an artist?

When I started with the Shapov act, I had already traveled a lot as part of Hard Rock Sofa and played in prestigious clubs and festivals around the world, from Ultra Music to XS Las Vegas, where I had a residency.

For Shapov, Swedish House Mafia and Axwell were big influences, they were actually playing a lot of Hard Rock Sofa records in their sets, as well as many other renowned DJs. The Shapov project began when I got the feeling that I could express myself as a solo artist and run a new project with a new sound. That was a hard decision, though, as I had been working together with my partner for around 10 years at the time.

I had a lot of music to be released as Shapov, so I got help from the Label Axtone not only with releasing music, but also with creating the Shapov brand. The tracks I released there were the beginning of a new sound back in 2016, which now can be labeled as Future Rave. I’ve always loved to make groovy festival music with my electronic signature sound using fat kicks, bass sounds and lead melodies. I was lucky to work with artists like Axwell and Sebastian Ingrosso – spending time together with them in the studio in Stockholm enabled me to learn many new things. Also, I’ve been lucky to create three amazing tracks with Trance legend Armin van Buuren. All of that has contributed to creating the sound identity of Shapov – which, in a nutshell, is a mix of sounds and ideas coming from many genres within electronic music.

Can you tell us a bit more about the inspiration/background for your upcoming EP?

I always love to create a concept through my EPs. “New Dimensions” includes four tracks. It showcases some of my experiences from 2019 and release records which I’ve played in my sets earlier. For this one, I’ve decided to release a full EP of Rave sounds!

Did the COVID crisis affect your vision for your music and how your production process? Also, on a more personal level, did it bring any life changes to you which have also impacted your music and career?

COVID made it really hard for me, just as it did for everyone else. I stopped traveling in 2020 and decided to work more on my personal life. Constantly being on the road blends it all together – music, performances, flights, beautiful places, and new people – it all looks so great on the outside, but in reality, people can be lonely. I had been trying to find balance between everything and COVID gave me time to think about it all and spend more time at the studio and with my family. On the other hand, you also need to travel to get more inspiration and to play your music live to get a better insight of the audience you’re making music for.

What do you envision for Shapov in the future? Is there a change of direction coming or are you anticipating some big things in the near future? What lies on the road ahead?

I’m super excited for the future, as I’m developing new sounds and ideas now! I’m looking forward to collaborating with my DJ friends on new concepts as well. I’m missing traveling and playing live, which are things I’m working on at the moment!

Where can we ideally expect you to be as an artist five years from now?

I would like to become one of the world’s top producers and DJs. I’d love to inspire people to discover new music! Also, I’d love to produce more music for movies and to found my own label.

We can’t wait for Shapov next EP ” New Dimensions”, which will be out February 11st on Armada Music !