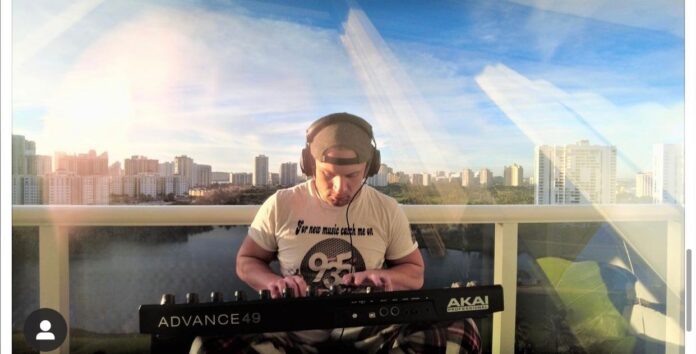 Jerzy Roginski Jr, better known by his stage name DJ Jerzy, has grabbed the upcoming American house music scene and elevated it to new heights with his series of dance floor hyping tracks that combine sounds of Progressive House, Future House, Slap House, and G-House within his wild discography! The American producer/DJ, who hails from Chicago, has found a space to gain some massive support with his past tracks being signed to Don Diablo’s Hexagon Records & supported by major industry artists including Don Diablo, Max Vangeli, Firebeatz, and many more!

Before fully embarking on the journey of becoming DJ Jerzy, the Chicago DJ returned to his roots in order to find his way. Born to Polish immigrants, DJ Jerzy moved back home to Gdańsk, Poland in order to expand his European influence and to truly embrace his Polish heritage by being closer to family while pursuing his dreams as a DJ/Producer.

He explains to NoFace Radar, “I’m a family man; family and community mean the world to me. I also wanted to be closer to the dance music scene, as the reason I got into dance music was because of my childhood when I would visit Poland every year for family vacations.

DJ Jerzy is about to finish off 2021 with a major bang! He plans to release several highly-anticipated House Music tracks all waiting to be heard and felt before the end of this year!

His first track “Groovecycle” is a G-House club banger that truly showcases his production style in terms of showing off DJ Jerzy’s ability to create intriguing dance tracks in more than just the Progressive and Slap House subgenres.

And with the combination of a top-par bassline & his choice of sound design the DJ was sure to create something that would keep the dance floors moving from Chicago to New York, to Ibiza!

“Groovecycle” dropped on Friday, November 12th with NoFace Records, so be sure to check it out now!

DJ Jerzy’s 2nd upcoming track is a single named “Let Me Go”. And if any readers are fans of Slap House music, then this track is a definite add to your “favorites” playlist! Instantly starting with a Reese bass & some enchanting vocals, the track is then accompanied by a touching chord progression that is complemented by an arpeggiator before the track builds anticipation towards the ear-catching drop.

The Chicago DJ/Producer does a great job of taking an emotion and translating it into a sonic story. “Let Me Go” is the perfect example of this! This track could fit perfectly being played in mid-set to bring out some feels in the crowd or simply played on a morning commute to work. “Let Me Go” drops on Friday, November 19th, so be sure to check it out on all streaming platforms then!

His 3rd upcoming release is a G-House & Bass House fusion named “Body”, which this time creates a bit more tension than his other upcoming tracks. “Body” is the perfect track to open a set or get a party started with its intriguing bass house energy and the groove of a G-House club banger!

The original mix takes off with energetic synth stabs and a heavy drum groove that makes it impossible not to be captivated by. Soon enough, listeners are met with another provocative vocal line that gives away to the momentous drop! This track would fit in perfectly with a G-House set from Malaa or Matroda. Check out “Body” when it drops later this month on Thursday, November 25th on your favorite streaming platform!

The fourth and last upcoming track coming from DJ Jerzy is a single called “Skyfall”. It’s a definite change from his three previous upcoming tracks. Showcasing a melodically brighter side to his creativity, “Skyfall” is an energetic Progressive/Future House track that combines warm vocals with lush chords and an emotional future house drop!

If you’re a fan of any of Jerzy’s previous tracks, then you’ll be sure to also love this one with its upbeat female vocals and massive future house sound design in the drop.

“Skyfall” is the type of track to play during the winter months to remember what summer feels like! It’s an undoubtedly warm and catchy Progressive House anthem with all of the elements to become a massive hit! And with its current support already from Max Vangeli, “Skyfall” is set to be a massive track for the DJ/Producer! Listen to “Skyfall” when it drops on Wednesday, December 22nd with High Five Records!

DJ Jerzy has taken the upcoming house scene in America by storm and he is soon to climb even taller heights with these upcoming singles! Stay up to date with the upcoming DJ/Producer by checking out his socials @djjerzyofficial and his songs on all streaming platforms now!