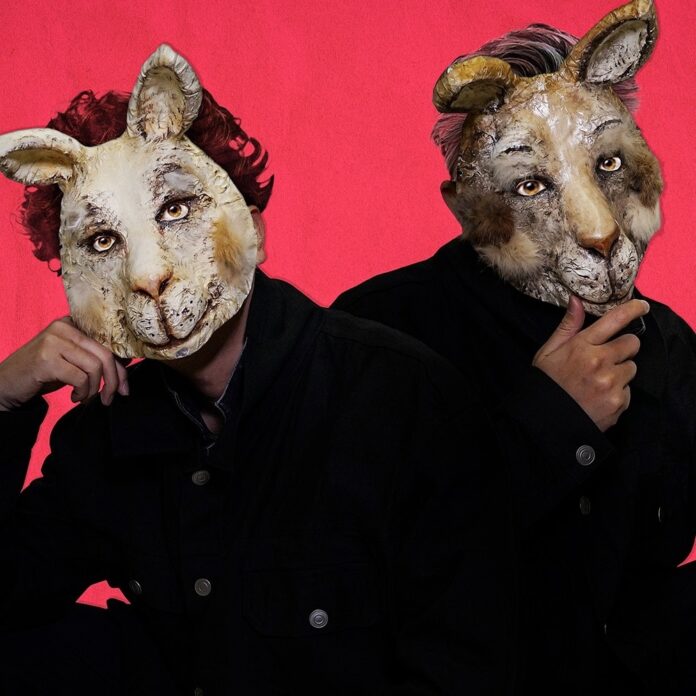 Masked Japanese tech-house duo AmPm have been making waves on the international dance scene since their debut 2017 track ‘Best Part of Us’ caught our ears. Since then they’ve gone on to play everywhere from the shores of the US to Europe and across their home continent of Asia. They’ve remixed the likes of Afrojack, R3HAB and Nicky Romero, and dropped major dance floor bombs, not least in the shape of their city-inspired series. ‘Tokyo’, ‘New York City’ and ‘Jakarta’ have all whipped fans of the pair into a frenzy and the latest to come, the ADE-tribute single ‘Amsterdam’, looks set to incite the same kind of excitement. EDM Nations caught up with AmPm from their studios in Tokyo to find out more…

Congrats on your new song ‘Amsterdam’! What has the reaction from fans been like?

We received a lot of good comments from fans in Japan and other regions of Asia. We hope that people who don’t know us yet can listen to our songs, just like how you’re listening to us in this interview.

When you approached the single, what kind of production did you use to try and capture the spirit of Amsterdam?

Regardless of the song, but even of Amsterdam, I think people have their own impressions. We spent most of our time blocking out various things and reflecting on ourselves, how we felt about our experience in Amsterdam, and in what ways to express them. Along with this process, “how many different elements can we fill in the minimum?” This idea was important in expressing Amsterdam, and I think we successfully expressed this in this song.

Why did you decide to make a series of singles that are inspired by cities?

A big part of why we came together to form a duo was the experience we gained through traveling in various cities. We couldn’t move freely around the world under the circumstances of Covid-19, and this allowed us to reflect on ourselves. As a result, this was also the reason why we decided to create works inspired by cities.

‘Amsterdam’ was released to celebrate ADE 2021 – did you manage to make it over to Europe for the conference?

Unfortunately, as there are still many restrictions on travel from Japan, where we are located, to the Netherlands, we couldn’t participate again this year.

Traveling to Amsterdam at this time of the year is precious for both of us since we can feel all seasons. Above all, the fact of interacting with people who love dance music from all over the world is irreplaceable. We are hoping that this situation will get better so that we can go to Amsterdam next year.

Does Japan have its own version of ADE, or is there a similar conference in Asia that is a great showcase of what the territory has to offer from its electronic music scene?

Unfortunately, there isn’t a Japanese version of ADE.

Also, there isn’t a conference in Asia dedicated to dance music, but of course, there are various conferences related to music. Meanwhile, in Japan, where we live, there are many events of different pop culture such as games and anime, etc., which are closely related to music, so we sometimes get inspiration from these.

Apart from Japan, what other Asian country for you has the most exciting electronic music culture, and why?

Each country in Asia has its own unique culture.

In particular, China, Korea, and Indonesia have been greatly influenced by Western culture but have also developed their own unique culture, which holds new possibilities and great potential.

The Asian electronic music industry has come such a long way over the last five to ten years. What has it felt like being at the heart of the growth, and how well do you think other countries receive its music and its artists?

This is a difficult question, but we think it’s difficult for music alone to spread worldwide.

Who are your top five Japanese artists that we should be getting excited about, and why?

It’s tough to give a superiority, but if we had to pick five artists… the order won’t matter, and they will be:

He is active in a versatile way, not only active in his own activities but also providing music for artists of various genres. We believe that he is not bound to a specific genre and creates music that crosses many genres, building a unique worldview that only he can create.

As a woman DJ and producer, she attracts attention not only from Japan but also from the world. She released numerous dance music that combined the sensitiveness unique to the Japanese people and her tenderness.

Although she lives in London, she is an artist that has the power to overturn the prejudices that Japanese and Asians face. Everything she expresses and her music is, of course, unique with enough ability to attract attention.

The artist has all the elements of Japan’s unique electro music. We think Hasegawa is a very unique artist in terms of tone and composition, which can’t be found in artists from other countries. All the various cultures of Japan are expressed through the music by Hasegawa.

In addition to his own activities, he is a producer who also provides music for many rappers in Japan. He combines elements of dance music with HIP-HOP and rock, etc., and his songs are unique but, at the same time, catchy and very easy to listen to, which we believe is fascinating.

There’s a very rich history of mask-wearing in Japanese culture and tradition. Is this why you decided to wear masks for your press shots, or is there another reason?

There are many reasons why we wear masks. One reason is that we have been active as DJs under different names. In fact, due to various prejudices, dance music created by Japanese and Asians had very few chances to be listened. Based on our experience in clubs in Europe or America, some people didn’t feel good about Asians playing songs in the DJ booth, and we were stopped in the middle many times. “What would happen if we played our music, hiding our identities?” As a result, our songs have been heard by people all over the world, and we were able to get signed by a label in the Netherlands. Isn’t it strange? Nothing has changed. We just wore masks.

Japanese masks usually carry a meaning, like Kitsune which is a fox. You’re both wearing rabbit masks, is there a traditional meaning behind this, or something more personal for the decision?

There is no particular meaning to the animals on masks. Intentionally, it’s not made to have any meaning. When we made our debut, we wore polar bear masks, and now it’s rabbit masks. We might wear different animal masks from time to time.

Finally, if we were to travel to Japan for a night out, what bar, club and restaurant would you take us to, and why?

Well, contact us when you come to Japan. We’ll show you many homey places that are smaller in size, but not the bars or clubs you’ll see in the media. We will eat, drink, go clubbing, and eat ramen. This is the standard Japanese way to have a night out, so we hope you’ll join us until the ramen part.