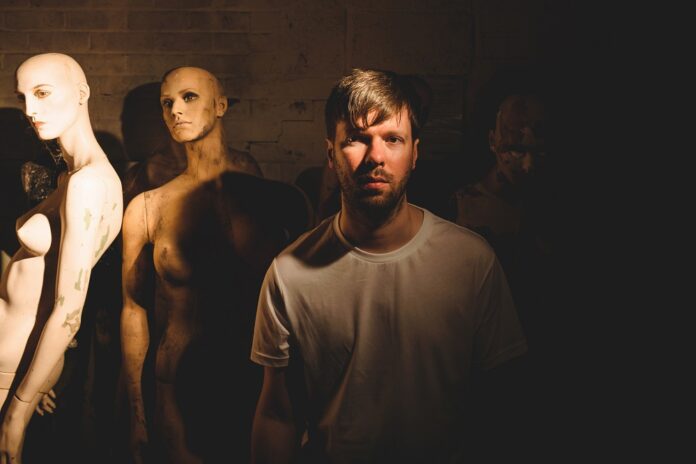 ‘One Big Gay Disco’ could easily have lit up the iconic dancefloors of Studio 54, The Loft and Paradise Garage. Complete with the swirling strings and hypnotic beats which hark back to feel-good disco classics. The track sees Louis La Roche reposition hate speech and turn it into an uplifting celebration of house & disco music, and an anthem for the LGBTQ+ community.

Louis La Roche said: “I’ve always been fascinated with the origins of disco and house music. Looking back at photos and footage, the crowd mixed so much more than they do now. Black, Gay, White, Straight, Male, Female, Trans…, nobody cared about who you were under those lights. I found some hate speech stating that America is “One Big Gay Disco”, as if that was a bad thing. So, I decided, fuck you, chopped up the audio, rearranged it and made it a positive thing.”

The video harks back to retro, grainy VHS footage and the idea of getting lost in music – which is what made those clubs so special in the halcyon days of disco, as “no one cared when the lights were off and the music was playing”, Louis La Roche adds.

‘One Big Gay Disco’ is taken from Louis La Roche’s fourth studio album, ‘We’re Not So Different’, released on Ever After Records on 29 October. Brett Ewels, best known by his stage name Louis La Roche, is a producer, remixer and DJ from Norwich, UK. He released his debut LP ‘To Rest Is to Rust’ on Ever After Records in 2015, which was followed by ‘Sleepless Nights’ in 2017, and ‘Saturday Night Griever’ in 2020. Louis La Roche has produced official remixes for Madonna, Fatboy Slim, Public Service Broadcasting and produced for bands Crystal Bats and Delfy, amongst others. His music has been supported by radio and club DJs including Annie Mac, Pete Tong, Fatboy Slim, Mark Ronson, Armand Van Helden, Diplo, and Faithless’s Sister Bliss. He supported Kylie Minogue and has written for several TV shows, including Channel 4’s ‘Skins’.