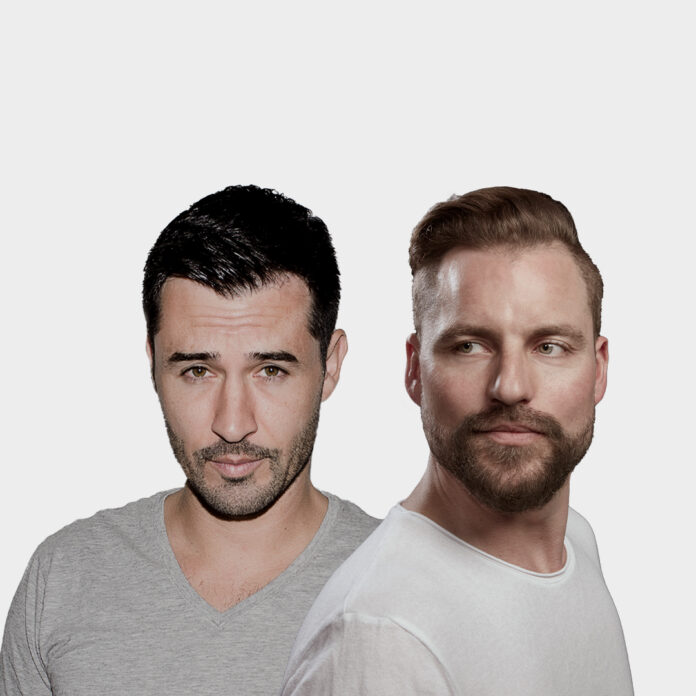 Put two incredible producers together and one of the biggest singles in dance music history, and what do you get? In the hands of Swiss super producer Yves Larock and one of Hollands’ most exciting talents, Steff Da Campo, you get ‘Rise Up 2021’, a thrilling reworking of an already iconic track. Coming when the world needs a boost, something uplifting and positive to bring us out of the current mood, this new version of ‘Rise Up’ seems perfectly timed.

But what made Yves Larock revisit his work, and what extra magic has Steff Da Campo managed to sprinkle on something that many consider an established masterpiece? Plus, how have they both been coping with the global pandemic and what else do they have to offer? EDM Nations was lucky enough to pin both artists down for a chat to find out more…

Steff: Happy! Great release coming up and happy to tell you more about it!

Yves: I’m doing pretty well and can’t wait to see the reaction to our new version of Rise Up

Steff: It was frustrating and still is. I miss touring. Not the travelling per se, but meeting people all over the world and the vibe of being in front of a crowd. That said, it did allow me to focus on things that in the long run, may be more valuable, like my daughter and friends. Also I had more time to work on new records, made some great business deals and such, so I’m doing OK. Some countries are re-opening of course and we may see better days quite soon. I really hope we can start partying globally again soon, especially for all these people behind the scenes that lost their jobs.

Yves: I took the opportunity to read, and above all I had to teach my daughter … after this period I have immense respect for all teachers

Steff: No, creatively I felt inspired, because I had much more time to experiment and work more closely with writers, singers, producers, I think I managed to learn a lot and I now have a load of releases ready to go!

Yves :I took advantage of this surrealist period to produce other styles of music, since the club was closed.

medicine soothes bodies, but art soothes souls, I hope people will remember it.

Steff: Last gig I did was last week in Romania, where Yves joined me to shoot the video. I just played Rise Up 2021 2021 times! No, seriously I don’t remember. It was a really great party!

Yves : I had a few dates, but it’s happening slowly, I remember that the first title was Alein, by Eric Prydz, because after all we were no longer alone

Steff: “Soldier on” by Di-rect. Maybe a weird choice, but somehow the lyrics of this song from a big Dutch rock band really fit the emotion of the pandemic: Shit happens, but soldier on!

Yves : it will be Free de VintageCulture and Roland Clark, the title speaks for itself and I love all what this guy produces

Steff: It started with me making a new version, which was-  and is – a pretty hard hitting club record. My manager sent it to Yves team and Yves loved it, so we started from there and worked on all the other versions together. We were later also joined for remixes and radio versions by first 71Digits and later by Mr. WakuWaku, so we will drop a lot of versions later!

Yves: Always honored that producers like Steff want to produce new versions of my old tracks, and when I heard I loved it

Steff: Working as a designer and DJ

Yves: I was young and handsome hahaha and I started my career as a producer / dj after years of trying

Steff: No, we didn’t plan it to meet the pandemic cycle. But of course it is a great coincidence that while in many countries the scene “rises up again”, we drop this record. I just hope everybody feels great when partying to it!

Yves: no indeed it was not planned but I think people need a positive title and relive it, hoping that there is not a 4th wave

Steff: I am very happy, but like I guess everybody, I have had periods in my career when I almost felt like giving up. A demo gets refused or you don’t see any booking. If that happens too often, you feel like giving up. But over the years you learn that it’s not about how hard you fall, but if you are able to get up again and continue to try and reach your goals. I am not even close to what I eventually want to achieve as a musician and as DJ, but I have learnt that I have the willpower to at least keep trying and to have more and more fun while doing it.

Yves. everyone has failures in their life, me I love Roman Stoicism, you can’t act against the weather, but work to be a better person and succeed

Steff: Don’t stress about what you’ve lost, but try to enjoy what you still have

Yves: as I have no better quote than that of Nietzsche “Without music, life would be a mistake.”