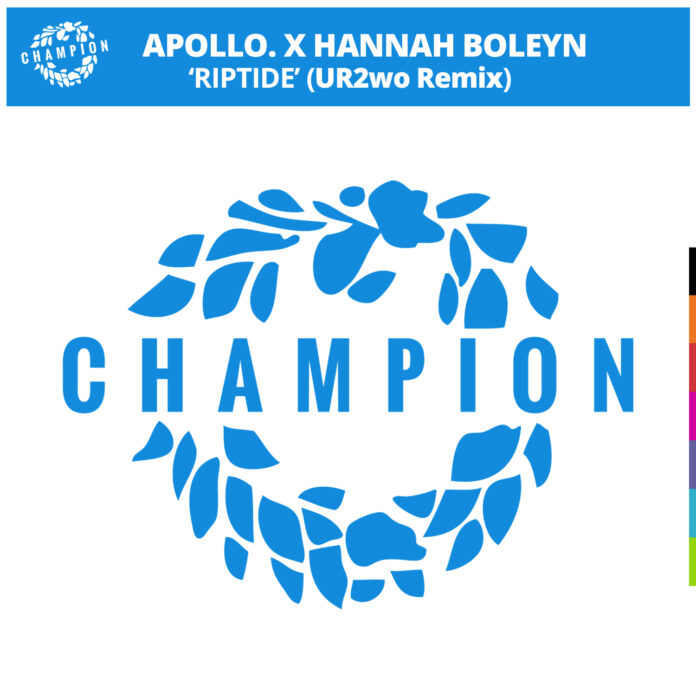 With their dreamy, stripped back remix of ‘Riptide’, UR2wo – aka the modern rave and breaks alter-ego of BK298 – emphasise Hannah Boleyn’s silky-smooth vocal, pulling the listener in and making for an addictive and unforgettable update.

UR2wo said: “UR2wo is a new outlet for us, pushing a modern rave sound, fusing trance, breaks, progressive with heart and emotion. The vocals for ‘Riptide’ felt so good alongside what we’re doing right now, so glad Rob at Champion trusted us with this.”

Expect to hear a lot more from UR2wo very soon with the launch of their label alongside Rob Made as FutureMade and Break-The-Future. UR2wo previously remixed Fubu ‘Heaven’ for Champion Records. The UR2wo remix of ‘Riptide’ received its radio world premiere on Mark Knight’s KISS Nights show. The original mix of ‘Riptide’ has been supported by Kryder, Roger Sanchez, DJ EZ, Judge Jules, Huxley, and Black Legend, amongst others.