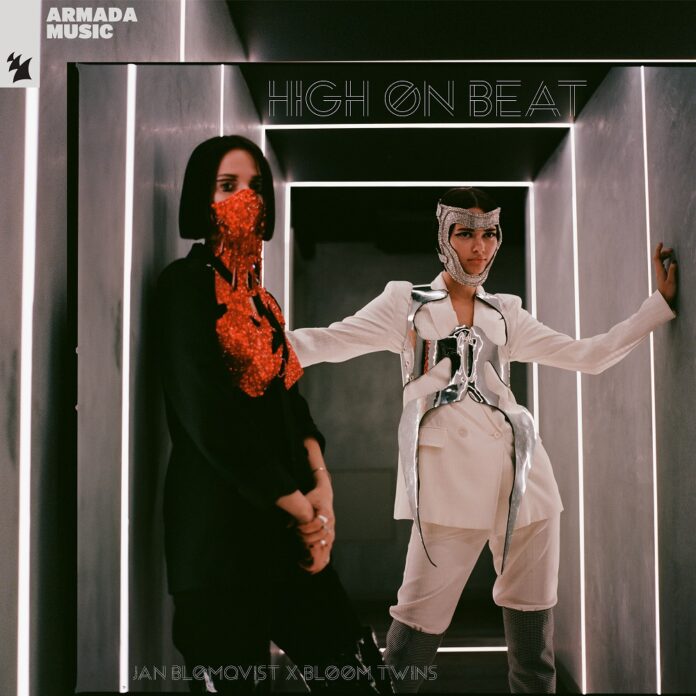 After releasing ‘DayDream’ alongside Benny Benassi earlier this year, Ukraine-born, London-based pair Bloom Twins are cranking it up a notch with their first-ever release on leading dance music label Armada Music. A creative get-together with Berlin’s Jan Blomqvist, ‘High On Beat’ brings with it a hypnotic sound blend that takes center stage in both the track itself and the accompanying music video.

Having gone from an initial writing session with Bloom Twins through to Jan Blomqvist via Instagram for one glorious, inspiration-steeped studio session, ‘High On Beat’ simply oozes with sonic sophistication. From the emotive vocals to the lush synth waves aimed toward the sun, this cut means instant delirium for all who give it a listen.

Bloom Twins: “We’re thrilled that this track is about to meet your taste buds. It was originally written with Guy Gerber – who for us is an absolute dance music icon – and is now freshly completed with the magic touch of Berlin’s Jan Blomqvist, who’s one of Anna’s favorite artists. This unity between dance worlds is all you need in these times of COVID.”

Jan Blomqvist: “A few years ago, I had the pleasure of meeting the very talented Bloom Twins in Berlin for a video shoot. Anna and Sonya impressed me a lot with their authentic, positive and fresh vibes, so I was sure from the beginning that this new blooming electro pop duo would make it in the music business sooner or later. So when they hit me up with the request to produce their pop music collaboration with the legendary Guy Gerber, I jumped on it right away. It took me a while to vibe to this new kind of music, but I am so, so happy now with the final result. As Bloom Twins said, the mixture of London electronic pop and Berlin deep house vibes is thrilling. I think this one might cause you goosebumps in the final chorus line. Thanks a lot to Anna, Sonya and Guy Gerber!”

The Jan Blomqvist sound is by now unmistakable. Deep and fat analog bass pads, layered and breathing dynamically, creating a melodic rhythmic drive and upbeat-yet-melancholic chords upon which Jan’s signature vocals play. You can get a feeling for his sound when you listen to his two albums, numerous EPs, remixes and features (in total over 80 released tracks), but even that will pale in comparison to the full experience of being in the crowd on the dance floor when he plays them live. The overwhelmingly positive feedback and encouragement from fans and promoters has had him on constant tour all over the world since 2012, amounting to 700 live concerts in the past ten years.