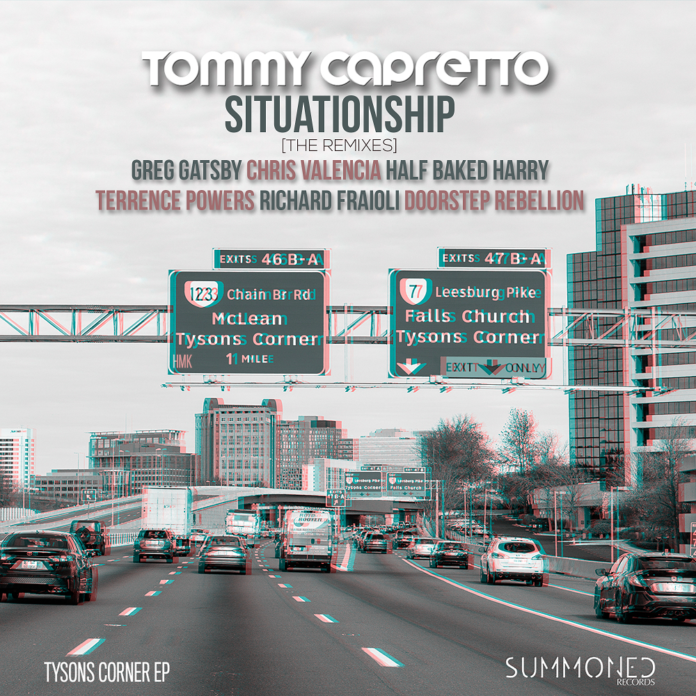 With the Original mix following the same winning production formula of his previous single ‘Breath’, which picked up a host of international tastemaker support & has notched up over 193k streams to date. ‘Situationship’ also comes with a selection of well-rounded remixes from Richard Fraioli, Greg Gatsby, Chris Valencia & many more.

Hailing from the U.S. Tommy Capretto is a name that needs little introduction – with a career spanning the best part of fifteen years. In 2015, the Philadelphia based producer officially burst onto the scene & has since signed a slew of standout releases to revered labels including; Universal Music, Capitol Records, Armada & Juicy Music. Known for consistently delivering sure-fire, dance floor focused cuts – Capretto continues to build an enviable reputation as a go-to producer.

Also further establishing himself as an in-demand remixer, having re-worked singles from the likes of MNEK, Dragonette & Beck. Across the span of his studio output to date, Capretto has picked up support from heavyweights such as Laidback Luke, Oliver Heldens, Roger Sanchez, Blasterjaxx, Thomas Gold & Kryder. Stay tuned, as ‘Situationship’ lights up in the coming weeks