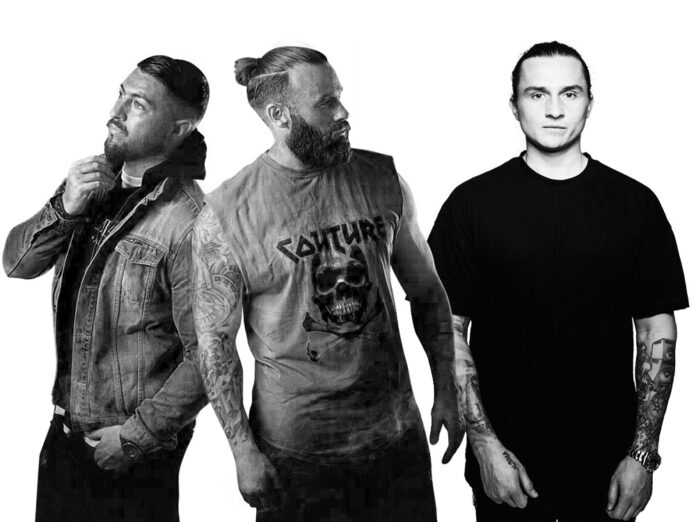 Futuristic Polar Bears and Corey James team up for their first single of 2021, and this time they’re taking it to the deep end. Featuring vocals by MØØNE, “Aura” is a progressive gem with a dark and emotive side.

Founded by Nicky Romero, Protocol Recordings is one of the leading imprints for innovative house music; it boasts a roster of heavy-hitters complemented with immensely talented up-and-comers, all with a diverse range of sounds that are guaranteed to light up a dance floor. Brits Futuristic Polar Bears had a slew of successful original releases in 2020, including their catchy vocal house track “Better Than This,” which was released on Protocol and has amassed 1.5M streams on Spotify.

They also collaborated with Bassjackers on “Run Away,” which recently surpassed an impressive 3M streams. The guys haven’t let these challenging times slow them down; they’ve already had 5 releases on Protocol earlier and also released on Dimitri Vegas & Like Mike‘s Smash The House and Hardwell‘s Revealed.

See also  DIBA & PACA teamed up to bring you a heavy and addictive slapper called "Like U Do (Do Do Do)"!

Corey James is known for his remixes and collaborations with heavyweights, such as Marcus Schossow, Steve Angello, Galantis, and more. He has made a name for himself through both his singles and official remixes, which include a remix for Nicky Romero & Florian Picasso‘s “Only For Your Love” and releases on SIZE, Spinnin’, Axtone, Big Beat, Sosumi, Neon, and Zerothree, in addition to Protocol. Keep an eye on what 2021 has in store for Futuristic Polar Bears, Corey James, and the rest of the Protocol team.