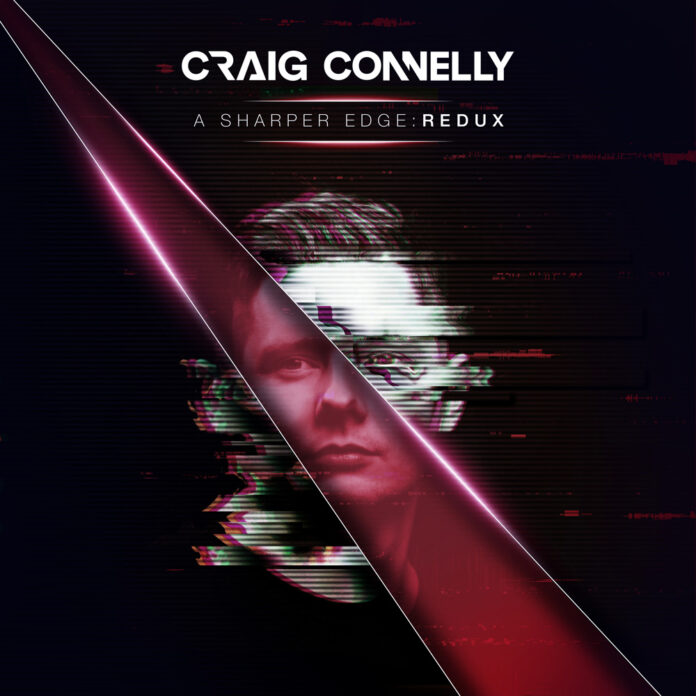 With a seasonal symmetry so perfect it might even have been planned, Craig Connelly brings a winter REDUX to his early summer-released ‘A Sharper Edge’. Drawing to a close the-year-that-was in the most uplifting of ways, through the twin prisms of the remix and his own studio/spinning work he brings new aspects & angles to his much-applauded second longplayer.

Featuring rework-rich quarters, it includes new ‘Sharper Edge’ interpretations from Giuseppe Ottaviani, Sean Tyas, Kolonie, Highlandr, Daxson and Nikolauss. Within its grooves also lies much artistic camaraderie, with Factor B, Will Rees and Peter Steele all collab-ing, as well as producer/singer unions with Cammie Robinson, Sisken (Sue McLaren & Suzanne Chesterton), Natalie Major and Karina Ramage. Craig has also seized on REDUX’s opportunity to elaborate on his original album ideas, reframing them as promise-filled floor-aimed expansions. With all these new weapons in hand, he has fashioned them into the fiercesome, firesome feature-length DJ mix, something which otherwise would’ve been denied fans in 2020.

While the album’s had a radical makeover, the core tenets it was built it on remain unchanged. Originally the result of some introspective soul searching by Craig, it was composed down four specific thematic lines, all of which have been carried over into ‘REDUX’.

Commenting at the time of its original release in May, the Manchester born-and-based DJ said: “I wanted to try a non-traditional approach to this album, and I thought a little pre-production mental exercise might give me some insight. So before ‘A Sharper Edge’s day-one, I crunched what seemed important in my life and more and more four words kept popping back. So when I sat down to compose each track, I tried to bring one of the four – Destiny, Energy, Travel or Optimism to my foreground and subsequently channel it into that piece of music. Whilst all the tracks represent a more radio or club focused sound, every one was designed to have its own story – regardless of whether it has lyrics or not. Even the instrumentals were written with the intention of being anchored in a strong human emotion or feeling.”

With its REDUX, Craig has tied those core elements to the artistic natures of his remixers, with every track being broken down into stems and reconstructed from the ground up, resulting in one evolving body of music. The UK’s Kolonie travels to ‘California’, encompassing it a cooler, more progressive demeanor, while the lament-lined ‘Run Away’ is enhanced by the optimistic melodies & harmonies of Australia’s Highlandr. Respectively, Giuseppe Ottaviani and Daxson energize ‘All For Love’ and ‘Anything Like You’, advancing them to primetime set positions. Sean Tyas and Nikolauss’ remix destinies meanwhile lie in ‘Watch The Way You Move’ and ‘The Fire’ which – in distinctly #140-ish frames of mind – are both put on clubbier footings.