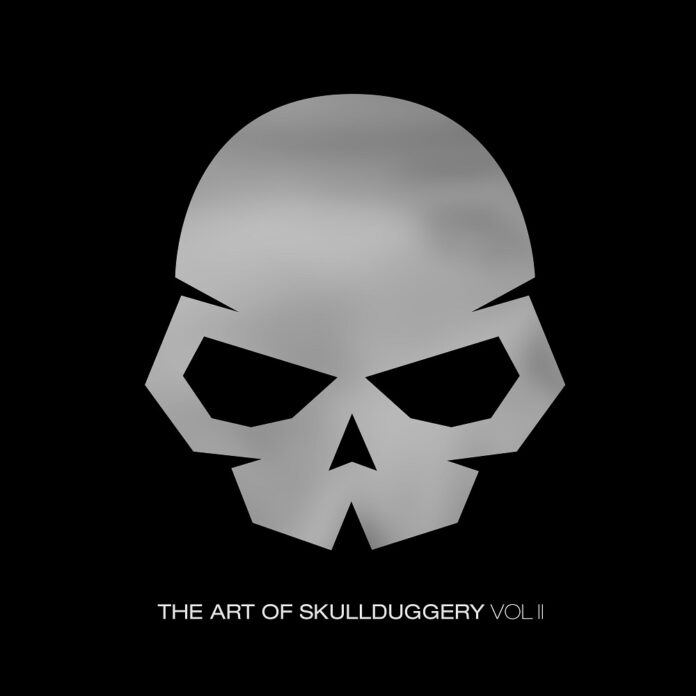 Gambits & chicanery, intrigue, ploys ‘n’ subterfuge – who doesn’t like a bit of the deep down ‘n’ dirty in their musical lives!!? Bang on cue the Skullduggery crew are back to provide us with precisely those types of thrills!

Last year’s ‘The Art Of Skullduggery’ saw the label plot its first mix-comp course, painting their vision over ‘Vol.1’s dual-disc canvas. At its heart was Chief Skull Greg Downey’s desire to share both his inimitable combustible trance sound and that of other talents who – on the scale – have been underexposed. Stoneface & Terminal showcased in last spring’s inaugural, but for 2020’s it’s Beatman & Ludmilla who grab some second disc spotlight.

A backbone of the country’s electronic music scene for well over a decade the Hungarian duo has evolved through its breaks and prog periods, regularly playing 25 in-country shows a year. It is though through psy-trance that they’ve found their higher calling, which subsequently brought them to Greg’s attention. Back in 2018 he persuaded the enigmatic duo to break with their Ayra Recordings release tradition and license ‘Dune’ to Skullduggery. Its exposure quickly widened interest & audience for the pair, which in turn opened the release floodgates and ultimately leads us to today and the release of the trio’s pretty darn killer collaboration ‘The Art Of Skullduggery Vol. II’!

On his mix, Greg weighs in with a mass of gear for your ear to cheer, immediately pushing the needle to lightspeed with his own ‘Infinity’. That precedes a wealth of new and upcoming Downey studio-ware:  ‘London Calling’, ‘Rendezvous’, ‘Elephant’ and his recent reworking of Michael Kaelios’s ’Who I Am’ amongst them. Greg draws on plenty of desk-hot music from other quarters too, with the latest from likeminds including Will Atkinson, John Askew, Chris Schweizer, Ronski Speed and Everlight getting the ‘Vol. II’ call up.

Looking to make absolutely certain you’re getting something you’re not finding anywhere else, Beatman & Ludmilla draw on 100% exclusive material for their mix. In and amongst you’ll find new cuts from Gabor & Fruzsina themselves, including the disc’s overture ‘Om Namah Shivaya’ and the (no-explanations-needed!) ‘Welcome to Skullduggery’.