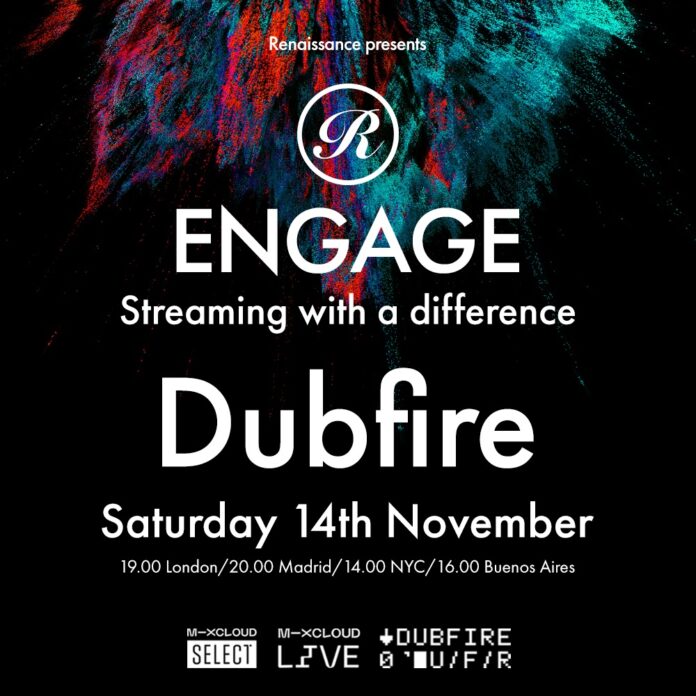 World renowned DJ and Producer Dubfire casts off the musical shackles and fully embraces the Renaissance Engage concept by delivering a fabulously alternative mix that draws on all things weird and wonderful from the psychedelic world, be it rock, punk or electronica.

Check the full audio-visual stream with Dubfire himself live in the chat room on Mixcloud, Saturday 14th Nov from 7pm (GMT) at mixcloud.com/Renaissance.

From global success in the commercial domain, to equal accomplishments within the underground scene, Dubfire (aka Ali Shirazinia) is an artist whose drive, talent and intuition have placed him in the top tier of electronic music artists in the world. He maintains this position within the industry with an unrelenting work ethic and a determination to innovate, evolve, and entertain. Whether it’s his involvement with Deep Dish, his solo performances at an extensive list of the world’s most influential clubs and festivals, his dubfire:live HYBRID show, running his label SCI+TEC, or simply his exploration of audio and visual technology, Dubfire is in a class of his own.