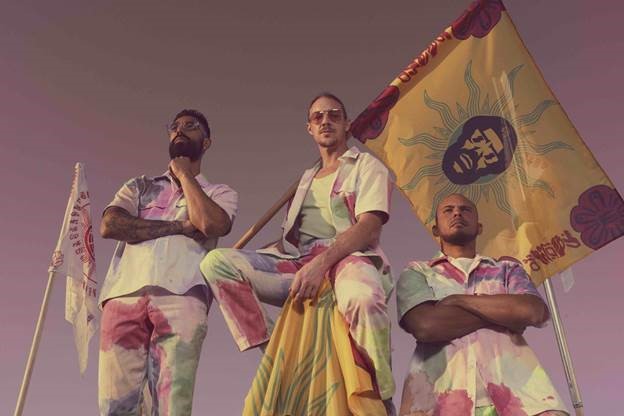 YouTube Originals today announced a new Major Lazer docu-special, “Chasing the Sound,” following the trio’s most recent epic tour through West Africa, stopping in Lagos, Nigeria and Accra, Ghana. On this journey, they meet superstars of the Afrobeats genre – some old friends and other new collaborators – who are heavily influencing the music scene. The 30-minute special, directed by Austin Peters (More Than an Athlete, Give Me Future), and produced by RadicalMedia, TMWRK and Underground, explores how Afrobeats has broken borders to become a global phenomenon and how meaningful the sound has become to members of the African diaspora and listeners everywhere.  “Chasing the Sound” features an electric collaboration between Major Lazer – Diplo, Walshy Fire and Ape Drums – and the inspiring and talented artists they’ve met along the way including Mr. Eazi, Sarkodie, Amaarae, Efya, Teni and more.

Austin Peters also directed the 2016 documentary film, “Give Me Future,” chronicling Major Lazer’s historic concert in downtown Havana, Cuba, which originally premiered at Sundance Film Festival and tells the story of the global superstars’ March 2016 concert in Cuba, marking the first performance from a major American artist since diplomatic ties with the U.S. were restored. A result of eighteen months of planning and originating from an idea to extend the Caribbean roots of Major Lazer to Cuba, the film follows Major Lazer as they venture into Havana to meet with young artists in the community and evolves into a portrait of youth culture in a country on the precipice of major change.