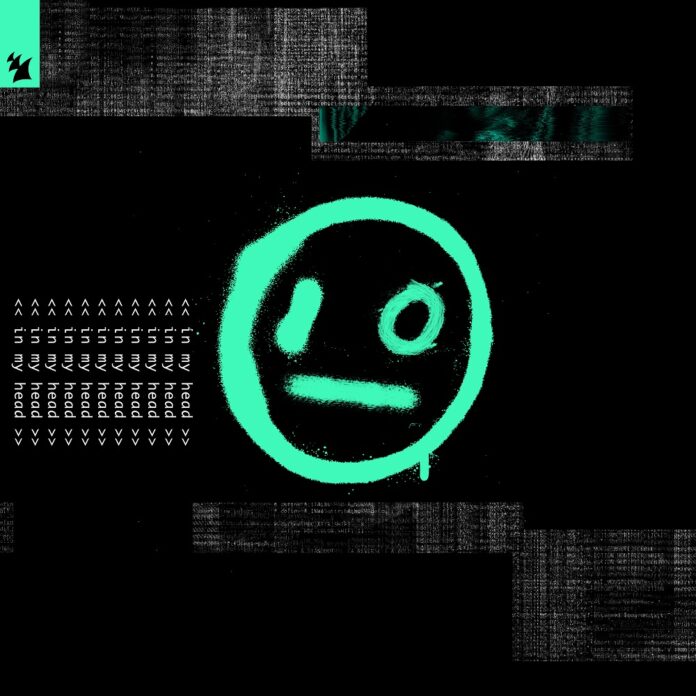 After shaking legions of dance music fans awake with his high-octane reworks of Armin van Buuren and Tempo Giusto’s ‘Mr. Navigator’ and DJ Misjah & DJ Tim’s ‘Access’, recent Armada Music signee i_o is adding another definitive staple track to his recent list of commendable productions. This time, he pushes the envelope with ‘In My Head’, a hyper-melodic, techno-progressive hybrid track that gently touches on the subject of depression.

“‘In My Head’ reflects on depression and the lengths you go to quell the warped anxiety and polar ups and downs”, i_o explains. “I wrote this after I’d been up every night until 8 a.m. for what felt like months. It’d been a while since I’d played a show, and I didn’t realise what kind of high I had been riding until touring stopped abruptly  in March 2020. I really wanted to write something uplifting, but the chords got more and more melancholy and the progression got more and more tense. Finally, I was left with a topline that repeated over and over, an ironic rapture that was contrary to the heavyheartedness I was going through.”

With his first-ever release dating back to 2017, it’s safe to say that i_o has risen to prominence rather quickly in the past few years. Before signing exclusively with Armada Music, he released on Deadmau5’s Mau5trap and Andrew Rayel’s inHarmony on a regular basis and sent sparks flying on remix duty for top-flight artists such as Above & Beyond (‘Alchemy’), Armin van Buuren and Tempo Giustu (‘Mr. Navigator’) and Deadmau5 (‘Imaginary Friends’). On the live front, i_o immediately staked his claim as a headliner; he completely filled out the 30,000-person floor of EDC Las Vegas’s Circuit Grounds in its opening minutes, hosted his own underground warehouse event called ACID RAVE in downtown Los Angeles, and sold out his ‘444’ album tour, based on his three-part album series (‘ACID 444’, ‘NRG 444’ and ‘AM 444 (feat. Lights)’).