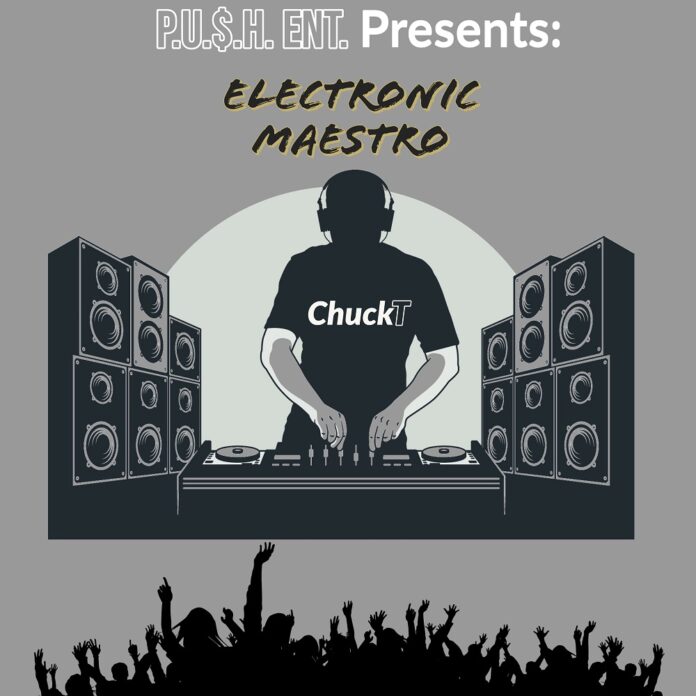 The whole album feels like a journey, featuring a cohesive electronic sound and great beats and groove from start to finish. “Dubbin” sets the mood for the album with a powerful breakbeat sound, heavy 808’s and dub experimental synths.

“Fresh Steppin'” goes four to the floor with it’s rhythm, creating a catchy club house vibe with it’s plucked melody, while still staying true to the album’s sound with the addition of several other synths and pads throughout the tune.

“Hot Nights” is no different, the tune featuring a groovy house rhythm, a powerful but discrete bassline, piano chords and more of the same catchy acid infused synths and melodies. “Jump” has more of an oldschool hip-hop vibes thanks to it’s staccato string melody and powerful rhythmic beat, breaking up the deep housy sound of the previous tracks.

“Futuristic Waves” is a more experimental track, reminding us of deep techno and modular synth experimentation. A powerful bassline, simple drums, acid melodies and catchy synth riffs all over this tune, further reinforcing the cohesive sound of the album overall.
“A.A.C. 21” brings in sound synthwave vibes on a trappy hip-hop beat and once again breaks the norm of the album, further experimenting while staying true to the same pallete of sounds.

“Sundress Season” goes on to explore a bit of funk with it’s catchy guitar riffs and the same powerful 808 infused beat as previously featured. “C.N.M.” reminds us of an oldschool sound of the 80’s and earlier, with retro vibed drums, wind chimes and also synthwave styled synths, plucks and pads, making up for another great addition to the album. Toning it down a little bit further, “Cool Tho” touches Lo-fi hip-hop territory with it’s overall lo-fi vinyl sound, simple yet catchy pluck melodies and soft pads. “Chucks Groove” returns to the sound of old-school hip-hop, featuring even some scratch samples on the great beat and melodies in the tune, and finally the album wraps it up with “Clap It Up”, a tune filled with a specific clap sound which also probably gives it’s name.

The last track also reinroduces the 303 and experimental sounds of the beginning, giving the whole album a very cohesive atmosphere and sound. Definitely a must-hear for those who love the blend of hip-hop and electronic with an experimental edge, so what are you waiting for?