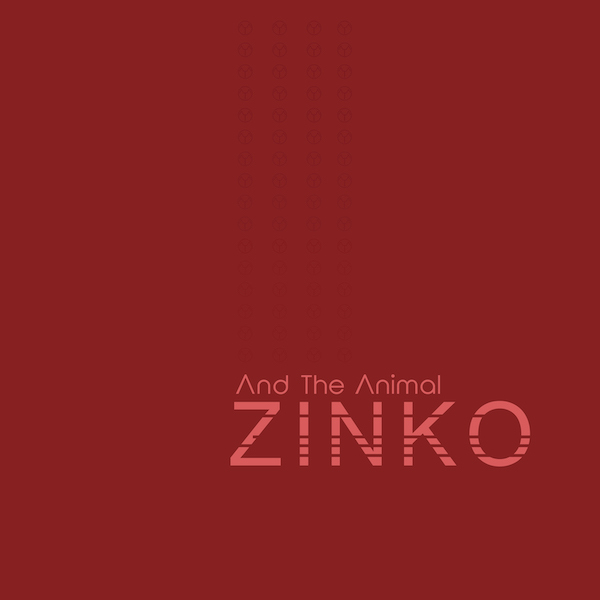 And The Animal is Niki and Gori. Two creatures from a different dimension that create music and through their spells make a group of humans play it. They have a pet called KATA that gives them potions for inspiration. The 6 tracks on ‘Zinko’ are an eclectic journey packed with electronic, groovy and powerful beats.

After this massive EP release, we really wanted to had a chat with these amazing producers, which you can read it below:

1.What was the inspiration behind your latest release ‘Zinko’?

Armando Z. : After our previous two EP’s, OXIB’ and FIRE, Brian and I, taking advantage of our style being eclectic, wanted to create something a little different, more on the summer-vibe side of electronic music. We usually start writing and things tend to flow naturally. As we were in the middle of working on the tracks, Elianne joined And The Animal. She was the last drop of inspiration we needed to create the sound of ZINKO. Her powerful, groovy and rhythmic vocal style was the cherry on the cake for us to complete what we were after.

Armando Z. : It was great. Brian and I have been working together for a while but were missing a piece that would bring a different perspective to what we do. Elianne, besides being an extremely talented vocalist, has the smarts needed to create something successful. This album has probably been the one that has been finished the fastest. We had the music, Elianne worked her magic and ZINKO was born.

3.What is your favorite track?

Armando Z. : That’d be a divided answer I think. I personally love “Out Of My Head”, Elianne loves “Dragonfly”, Brian loves “Persia” and “Out of My Head”. I think like good parents, we like all our children. It is a good problem to have. Hopefully people will like them all too.

4.What were your goals going into making this EP?

Armando Z. : Mainly, expand our fan base. In the past, our music was a little more unique and attracted a very specific niche. We wanted to create something that you could listen to everywhere. While on the beach, a party, night club, etc. We brought a little bit of a different kind of instrumentation to accomplish that.

5.How did And The Animal come to be?

Armando Z. : And The Animal was born six years ago. It was created by myself and Norwegian producer Ida Iki, in a cold afternoon in Oslo. We spent a couple of years working on the concept, not only musically but also what we were going to offer during our shows. In 2017, Ida, due to personal reasons, stepped away from the project. Shortly after, Brian joined, helping to redefine the sound. Elianne is our newest member as she joined in late March of this year. Deep inside, Ida will always be a part of this in spirit. She was a very big part of writing the first two EP’s and shaping the sound of And The Animal.

6.What is the process of preparing for a live show like?

Armando Z. : That is a complex process. Our shows are an audio-visual experience. We have developed fantastic visuals that complement our music as we play live. This requires extra work during rehearsals and also venues where we can fully showcase our production. Brian and I also play multiple instruments, so that requires everything to have to work flawlessly. Luckily for us, Elianne is great at keeping the audience engaged and entertained. We are not just a band that goes on and plays songs, we want to give people a very unique experience. We actually don’t call ourselves a “band”.

7.What is it like performing and living in Chicago at the moment?

Armando Z. : It is definitely difficult, not only in Chicago, but around the world in general I think. This year has proven a challenge for the music and entertainment industry. All our shows got cancelled. We are hoping to go back on stage and show our new material as soon as it is safe for everyone. We have plans of touring internationally as well. In the meantime, we keep working on new material and creating live studio videos that everyone can watch on Youtube.

Armando Z. : This pandemic has crippled most plans we had for this year, which were playing in festivals, tours, etc. Due to that, we have shifted our goals to promote our album and our music in general, as much as possible, and grow our presence globally. We are working with professionals on our PR to expand our reach, so when we go back on stage next year, we will hopefully see many new faces in the audience. Last but not least, we’ve always been told that our music is very cinematic. Hopefully you’ll be hearing some of our tunes in movies, shows or video games.