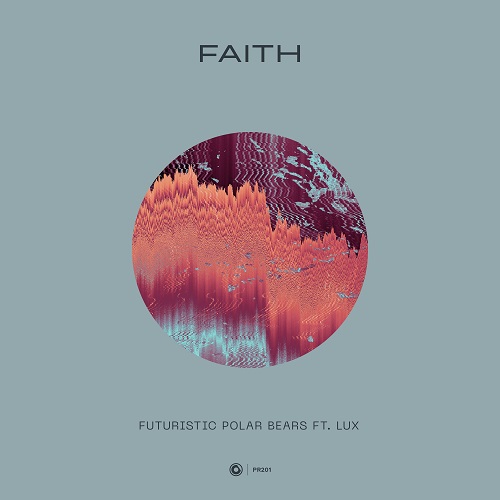 Futuristic Polar Bears return to Protocol Recordings with their newest single “Faith,” an upbeat progressive gem, co-written with Jerry Davila & DJ Pelos, featuring singer LUX. The track delivers euphonious, undulating piano melodies that build into a bouncy and energetic drop, exemplifying their signature sound once again. Nashville-based pop singer/songwriter LUX – who earlier collaborated with NERVO on “Why Do I,” “Moment” with Kosling, and “Sweet Harmony” with Stadiumx – adds soulful and yet hopeful vocals to the mix. “Faith” is one of those summertime anthems we guarantee you’ll know all the words to by season’s end.

What’s even better about “Faith,” there’s a Festival Edit by Jerry Davila & DJ Pelos coming out on Protocol soon, that already made some significant buzz at major festivals in the past months, such as EDC Mexico and Medusa Festival. It’s Futuristic Polar Bears‘ 5th release on Nicky Romero‘s Protocol, following “I Can’t Do It,” “You & Me,” “Better Than This,” and “Take Control.” The UK-based pair has previously released singles on Revealed, Wall Rec., Smash The House, Armada, Ultra, and more.

“It was amazing to collaborate and write this song with our Mexican brothers Jerry Davila & DJ Pelos. We decided to create the original track which is more in line with our previous gems ‘You & Me‘ and ‘Take Control‘ and to release the Festival Edit later with our great friends Jerry Davila and DJ Pelos. Some already might have heard this edit during EDC Mexico or Medusa Festival.” – Futuristic Polar Bears